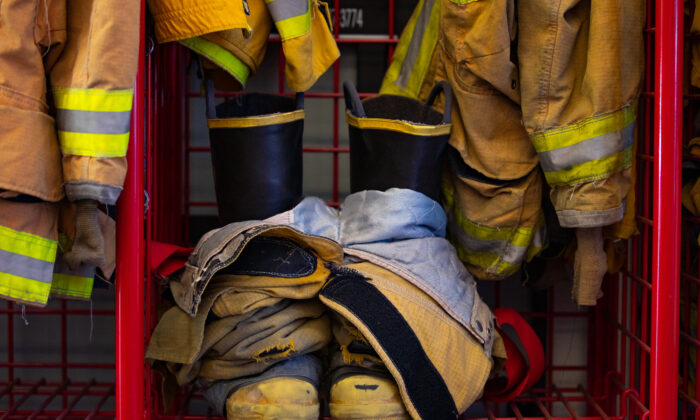 Although 911 calls reported a victim might be trapped inside, firefighters quickly searched the burning house and found no one, Doran said. No civilians were injured.

The fire was put out in 21 minutes by firefighters with hose lines inside and others using chain saws on the roof to ventilate the house, he said.

The injured firefighter was taken to a hospital and was expected to be released later in the day.

The Orange County Register reported the house was a transitional housing site run by the Orange County Self-Help Interfaith Program to help people get back on their feet. It was home to eight residents but only two were there when the fire started.

The cause of the fire was under investigation, Doran said.