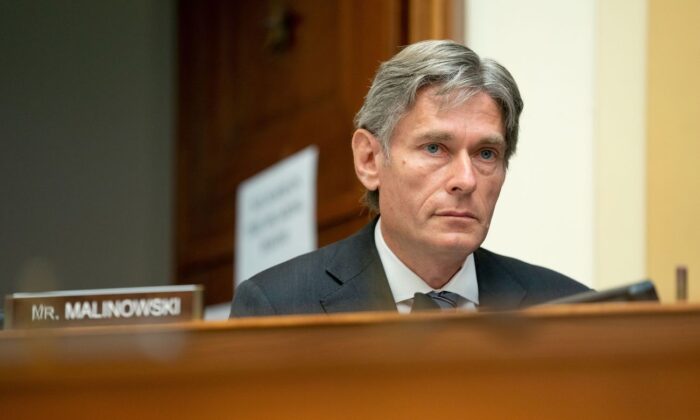 The House Ethics Committee on Tuesday said that it is reviewing whether Rep. Tom Malinowski (D-N.J.), the vice-chair of the U.S. House of Representatives Foreign Affairs Committee, violated ethics rules and federal law when he allegedly failed to disclose his stock trades.

Chair of the House Ethics Committee Rep. Ted Deutch (D-Fla.) and Ranking Member Jackie Walorski (R-Ind.) said that pursuant to House and committee rules, they “have jointly decided to extend the matter regarding Representative Tom Malinowski, which was transmitted to the committee by the office of congressional ethics on July 23, 2021.”

It comes after two ethics complaints were filed against the New Jersey Democrat earlier this year, following a report from Business Insider that he failed to disclose dozens of stock transactions worth at least $671,000 in violation of the 2012 Stock Act, and a report by The Associated Press (AP) that found he bought or sold as much as $1 million of stock in medical and tech companies that had a stake in the COVID-19 pandemic response.

The Stock Act is a 2012 law intended to curtail stock market speculation by lawmakers, and requires Congress members to report any securities transactions exceeding $1,000 within 45 days of the trade execution.

Malinkowski told AP that it was “a mistake that I own 100%.” Last month, he placed his financial assets into a blind trust, which is operated by an independent trustee.

A formal probe into the lawmaker hasn’t been opened by the House Ethics Committee, but it is reviewing a report from the Office of Congressional Ethics (OCE), an independent ethics watchdog, which, unlike the Ethics Committee, cannot issue subpoenas or discipline members.

“Rep. Malinowski continues to participate in this routine process in good faith, and remains committed to complete transparency with the public; going beyond the requirements for Members of Congress by placing his holdings in an Ethics Committee approved qualified blind trust,” Malinowski’s office said in a statement.

The Epoch Times has reached out to Malinowski’s office for additional comment.

The Ethics Committee noted that its disclosure of extending the review into Malinowski does not itself indicate that any violation has occurred.

“The committee will announce its course of action in this matter on or before Thursday, October 21, 2021,” Deutch and Walorski wrote.

The House Ethics Committee on Tuesday also announced the extension of reviews of alleged misconduct by three other lawmakers—Republican Reps. Mike Kelly of Pennsylvania, Jim Hagedorn of Minnesota, and Alex Mooney of West Virginia.

The offices of Kelly, Hagedorn, and Mooney didn’t immediately respond to requests for comment by The Epoch Times.