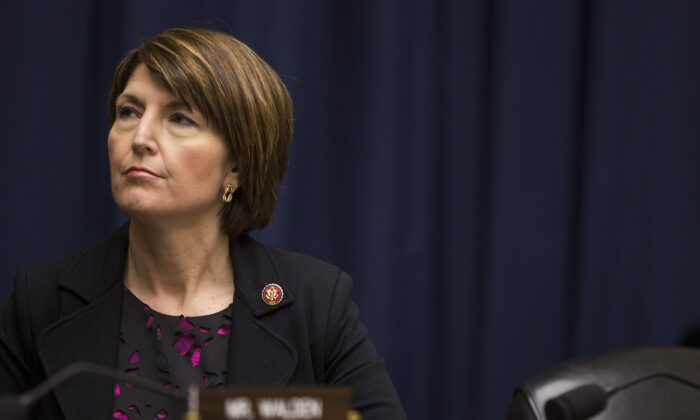 U.S. Rep. Cathy McMorris Rodgers (R-Wash.) has been reproved by the U.S. House Committee on Ethics for the “misuse of official resources” and has been asked to reimburse the U.S. Treasury Department $7,575.95, after which the committee will consider the matter closed.

McMorris Rodgers, in her eighth term representing Eastern Washington, was the highest-ranking woman in the House Republican caucus from 2013 through January 2019. She was elected the vice chairwoman of the House Republican Conference in 2008 and chairwoman in 2012. She is also her party’s ranking member on the Energy and Commerce Subcommittee on Consumer Protection and Commerce.

The ethics committee released a 58-page report (pdf) on Thursday; it was a culmination of a six-year investigation. The committee concluded that her offices “exhibited an indifference to the laws, rules, and regulations relating to the use of official and unofficial resources” and were “governed by sloppy practices, including inconsistent policies and poor record-keeping.” Such practices led to “myriad instances of resources being used inappropriately,” ranging from minor to more severe deviations.

In the report, seven employees in McMorris Rodgers’ offices were found to have misused official funds for campaign or other political purposes. The amount McMorris Rodgers was asked to reimburse the Treasury Department was calculated according to the hours the employees misused.

“Had Representative Rodgers herself regularly directed staff to misuse official resources or unofficial office accounts, a more severe sanction may have been appropriate,” the committee said in its report. “While Representative Rodgers may not have been aware of the full extent to which her offices were not in compliance with House rules, laws, and other standards of conduct, she failed to exercise the care that is expected of Members to ensure such compliance.”

“Her offices were, in a word, sloppy,” the report reiterated. “As the head of two offices entrusted with sizeable budgets comprised of public funds, she should have done better.”

“The Committee notes that Representative Rodgers has fully cooperated with the Committee’s review, accepted its conclusions, and taken steps to improve her office’s compliance with relevant House rules, laws, and other standards of conduct,” the report adds.

McMorris Rodgers said in a letter to the committee that although she disagrees with some of the findings detailed in the report, she “appreciate its work and take responsibility for its ultimate conclusions,” reports The Associated Press.

She added that she and her staff cooperated with investigators for six years, producing more than 66,000 pages of documents and submitting to more than 30 interview requests.

“This matter began after a disgruntled former employee raised complaints against the Congresswoman regarding forced campaign activity. She [McMorris Rodgers] is particularly satisfied that the Committee found no evidence that she ever compelled staff to assist with campaign or other political efforts,” Powell said, reported Roll Call.