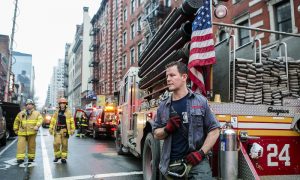 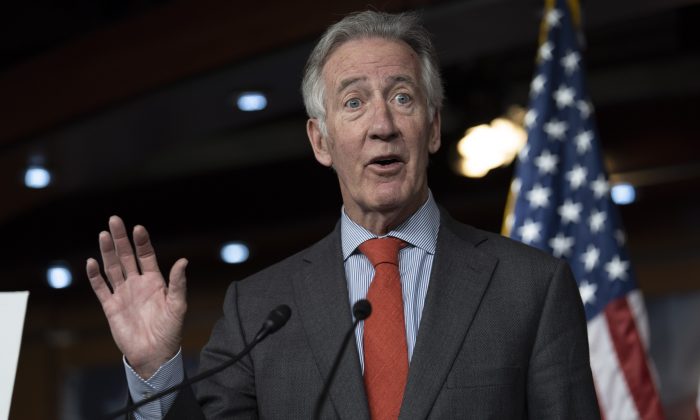 Rep. Richard Neal (D-Mass.) in the Capitol in Washington on June 13, 2018. Neal is the sponsor of The Rehabilitation for Multiemployer Pensions Act of 2019. (Toya Sarno Jordan/Getty Images)
Politics

WASHINGTON—Union pension funds unable to pay promised benefits to retirees would be bailed out by taxpayers under a Democratic plan that a Heritage Foundation retirement expert claims will only make the problem worse.

The financial assistance would also include 30-year loans to be repaid on extremely generous terms. No benefit reductions would be allowed during the 30 years, according to the bill’s text.

Among the union pension plans on the Pension Benefit Guaranty Corp. (PBGC) list of critically underfunded funds are those of the United Mine Workers of America, which can only cover 33.2 percent of benefits promised, and the Bakers & Confectionery Union and Industry International Pension Fund that can only cover 36.6 percent. Both plans actively lobbied for the House Democrats’ bailout measure.

Other ailing union pension plans are in worse shape, with the United Food and Commercial Workers Union plan able to cover no more than 17.6 percent, and the New England Teamsters and Trucking Industry Pension with funds available to cover only 17.7 percent.

Given the dozens of critically unfunded union pension funds, taxpayers could be liable for as much as $638 billion, by one estimate.

While private-sector companies are required by federal law to fully fund promised retirement benefits, labor unions representing workers from two or more companies within an industry are exempt from the requirement.

“Everything they did just makes it worse. It gives all the wrong incentives to the [pension] plans,” Heritage Foundation Research Fellow Rachel Greszler told The Epoch Times on Sept. 4.

Greszler’s view of the Democrats’ plan as inadequate is shared by other pension experts. Researchers at the Pension Analytics Group (PAG) used a computer simulation to test the efficacy of government loans.

“Supporters of this idea contend that it would buy time for struggling pension funds to get back on their feet. Eventually, it is hoped, a plan receiving a loan would regain its strength, pay off its loan, and avoid insolvency,” PAG stated.

“We used [the Multiemployer Pension Simulator] MEPSIM to simulate the impact of making subsidized loans available to troubled plans, and we compared this scenario to a baseline in which loans are not provided.

“To capture the broad range of possible outcomes for each plan, we varied asset returns stochastically across 500 trials. Our findings suggest that subsidized loans would not be an effective mechanism for preventing plan insolvencies. Absent deep benefit cuts, many plans are likely to become insolvent even if they have access to subsidized loans.”

Greszler points to needed reforms of the PBGC as the key to solving the problems of underfunding multiemployer pension plans, without resorting to taxpayer bailouts. Premiums from insurance carried by employers help fund PBGC, whose mission is to protect private-sector, direct-benefit pension plans.

“I see PBGC as the first problem for policymakers because it’s a government entity. It’s not a taxpayer-financed agency, but they have some obligation there,” Greszler said.

She noted that the union pension plans’ exemption allows them to pay substantially lower premiums to PBGC than are paid by private plans that are required to be fully funded, with a result that PBGC’s benefit guarantee will be worthless in as little as six years.

“We need to treat [PBGC] more like a private insurance company with a variable rate premium,” Greszler said.

“Premiums need to be based in a way that keeps the system whole, so that you can actually pay out the insured benefits level.

“You need a higher premium. I think the unions are only at $29, maybe $34 per year now, whereas the single employer can be paying almost $600 per year.”

Greszler said the variable-rate premium would have to be phased in over a period of time, because the most ailing plans now “would be killed by it and they couldn’t pay it.”