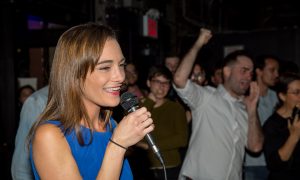 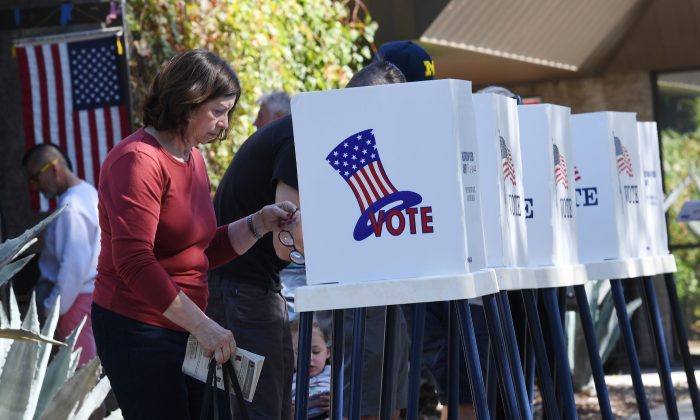 House Democrats’ first bill of the 116th Congress, titled H.R. 1, the “For the People Act,” is described as “the most transformational and comprehensive suite of democracy reforms ever proposed.”

That’s quite a claim, even allowing for the exaggerated rhetoric typical of a new Congress. Thus, Speaker of the House Nancy Pelosi (D-Calif.) and Democracy Reform Task Force Chairman Rep. John Sarbanes (D-Md.) elevated H.R. 1 to the rarefied atmosphere of milestones such as the direct popular election of senators and voting rights for women.

Democrats know that, with a Republican president and GOP Senate majority for the next two years, the earliest H.R. 1 could become law is after the 2020 election, but that’s why their opening proposal in 2019 can’t be ignored—it’s a powerful indicator of where Democrats yearn to take the country.

The bill includes a liberal laundry list of new laws, programs, and regulations, virtually all of them being proposals conservative critics heartily agree would be “transformational,” but, from their perspective, in the worst possible ways.

And that’s only the highlights.

Both parties could support some of H.R. 1’s proposals. The bill, for example, “requires presidential inauguration committees to disclose their expenditures, limits aggregate contributions, and restricts funds used on purposes unrelated to the inauguration,” according to the Democracy Reform Task Force’s section-by-section description.

Similarly, H.R. 1 “prohibits Members of Congress from using taxpayer funds to settle any case of employment discrimination acts by the Members.”

And the proposal “requires that all reports from federal agencies mandated by Congress be published online in a searchable and downloadable database.”

But there is little chance that any of the rest of the act would even get a hearing in the Republican-led Senate or in President Donald Trump’s White House.

Consider just the 45 separate provisions under H.R. 1’s Title 1—Election Access, all reforms in who votes, how votes are counted, and which level of government controls elections.

“It is a wish list of every liberal fantasy, very poorly thought-out, and it effectively federalizes the entire election process,” Robert Popper told The Epoch Times. Popper is director of the non-profit government watchdog Judicial Watch’s Election Integrity Project.

He led a legal team that won a landmark settlement announced Jan. 3, in which the state of California and County of Los Angeles agreed to remove an estimated 1.5 million names of registered voters who haven’t voted in two to four years.

The removal process is sanctified under section eight of the National Voter Registration Act (NVRA) of 1993, better known as the “Motor Voter” law passed by a Democratic Congress and signed into law by President Bill Clinton.

Popper’s team also won similar settlements in Ohio in 2014 and Kentucky in 2018. Under the latest settlement, officials agreed to contact the 1.5 million names, then purge from voter rolls those who don’t respond in a reasonable time.

Such settlements would end if H.R. 1 became law because Democrats “are writing section eight out of the NVRA,” Popper said. “They use terms like ‘accuracy’ and ‘integrity,’ while doing everything to undermine those things.”

On other H.R. 1 provisions designed to make it easier to vote, Popper noted that “it’s dubious how same-day registration can be done without voter ID,” and he worries that “internet registration is untried and you wonder if elections could be decided by hackers.”

As for early voting, Popper pointed to evidence that letting people cast their ballots days or weeks before Election Day actually reduces turnout.

In one of the studies Popper mentioned, four University of Wisconsin researchers concluded that early voting “has created negative unanticipated consequences by reducing the civic significance of elections for individuals and altering the incentives for political campaigns to invest in mobilization.”

True The Vote’s Catherine Engelbrecht shares much of Popper’s skepticism about H.R. 1. She calls same-day registration “another nightmare situation” for efforts to ensure honest elections.

Her Houston-based nonprofit provides “training, technology, and support to fellow citizens, so that they can ensure election integrity in their own communities.”

Engelbrecht’s group gained national attention in 2013 when it was revealed IRS officials improperly targeted hundreds of conservative, evangelical, and Tea Party non-profit applicants for lengthy delays during the 2010 and 2012 election campaigns.

Engelbrecht, an advocate of block-chain-based digital registration security, said she has “no objection to the concept of online voter registration, generally speaking,” because the “technology exists to support it, it would be more convenient, more people would likely register to vote—all good things.”

But, she said, “the states need support to get the job done right, because automating a fundamentally broken process won’t make it any less broken.”

Engelbrecht’s bottom-line on H.R. 1? “There is no question that this bill would hurt election integrity. Our election processes are already easily manipulated. H.R.1 ensures that our elections will be as open as our borders.”