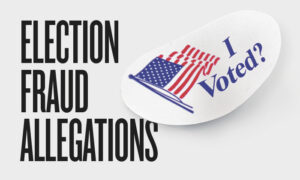 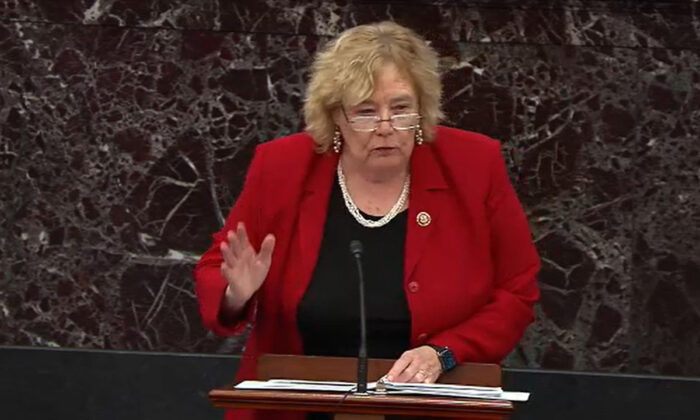 Brindisi won with a little more than 1,200 votes over Tenney in 2018 in the upstate New York district, but Tenney has a 12-vote advantage in the 2020 rematch. A judge ordered the recount on Dec. 11 after 55 previously uncounted ballots mysteriously appeared.

Among the observers of the recount is an aide to House Committee on Administration Chairwoman Zoe Lofgren (D-Calif.), whose panel has jurisdiction over federal elections.

The aide’s presence at the recount is a sign of interest among House Democrats in potentially refusing to seat Tenney and Republican Mariannette Miller-Meeks, who was certified by election officials as winner by six votes over Democrat Rita Hart in Iowa’s 2nd District.

While Democrats had expected to gain seats to strengthen their House majority, they instead lost at least 10 seats, leaving them with an 11-seat advantage. Should Miller-Meeks and Tenney both be seated, the Democrats’ majority would shrink to nine seats.

Article I, Section 5 of the Constitution makes Congress the final arbiter of who will be accepted as duly elected or appointed members. Lofgren is reportedly considering Rep. Jamie Raskin, a Maryland Democrat who was an early advocate in 2017 of impeaching President Donald Trump, to lead a committee to recommend which candidate should be seated in the Iowa contest.

Spokesmen for Lofgren and Raskin didn’t immediately respond to requests by The Epoch Times for comment.

The last time the House went through such a process was in 1984, when then-Speaker Tip O’Neill and the Democratic majority refused to seat Republican Rick McIntyre, despite his being certified by Indiana officials as the winner against incumbent Democrat Rep. Frank McCloskey.

The pitched battle over who would be seated from Indiana’s “Bloody Eighth” is viewed by some congressional historians as the beginning of the bitter partisanship that has marred Congress since.

House Majority Leader Steny Hoyer (D-Md.), who was a member of Congress in 1985, told The Washington Examiner that he hopes “it doesn’t devolve into that, and I hope we handle it fairly. Obviously, watching six votes difference and hundreds of thousands of votes cast, you need to be pretty careful as to who really won, but whoever won ought to be seated.”

Hoyer added that “Jamie Raskin may be involved in that, and Jamie, I think, is a very fair, honest person, and we ought to find out who won.”

Hart has said she will petition the House to review the election results, a move that would clear the way for Lofgren to appoint a panel to recommend which candidate to seat.

The Administration Committee’s ranking Republican, Rep. Rodney Davis (R-Ill.) has vowed to fight any effort by Democrats to deny a seat to winning Republicans.

“We are going to fight it as far as we can, and we expect to win,” Davis said in a Dec. 10 interview on Newsmax. “Now, Rita Hart, the loser in that Iowa race, has not yet filed an objection with the Clerk of the House to actually begin this process.”

But Davis said he and his Republican colleagues on the Administration Committee expect her to do so.

“What we’re doing is we fully expect this to happen, and we are looking back at what happened in 1984 and into 1985, when the Democrats stole a Republican seat,” Davis said.

“The good news is the law is on Miller-Meeks’ side. The Iowa Secretary of State gave her the certification that she won the election, so let’s not turn over the results of the Iowa election and the will of the Iowa voters,” he said.

If Hart or Brindisi choose to pursue the petition route, the Administration Committee’s panel would have 70 days to take depositions and perform whatever other investigative work it deems necessary.

The panel would then report to the committee, which would, in turn, submit recommendations to House Speaker Nancy Pelosi (D-Calif.).

“At that point in time, if it gets that far, we know the Democrats will try to use their slim majority even though they lost overwhelmingly on election night in the House of Representatives’ elections” Davis told Newsmax.

In a related development, Rep. Bill Pascrell (D-N.J.) told Pelosi in a letter on Dec. 11 that House Democratic leaders should consider refusing to seat House Republicans supporting Trump’s challenge of the presidential election in multiple states, including 126 who signed a letter backing the recent suit filed by Texas Attorney General Ken Paxton in the U.S. Supreme Court.

“Stated simply, men and women who would act to tear the United States government apart cannot serve as members of Congress,” Pascrell told Pelosi in his letter.

“These lawsuits seeking to obliterate public confidence in our democratic system by invalidating the clear results of the 2020 presidential election attack the text and spirit of the Constitution, which members swear to support and defend,” Pascrell told Pelosi.

Spokesmen for Pelosi and Pascrell didn’t immediately respond to a request by The Epoch Times for comment.