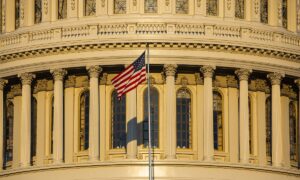 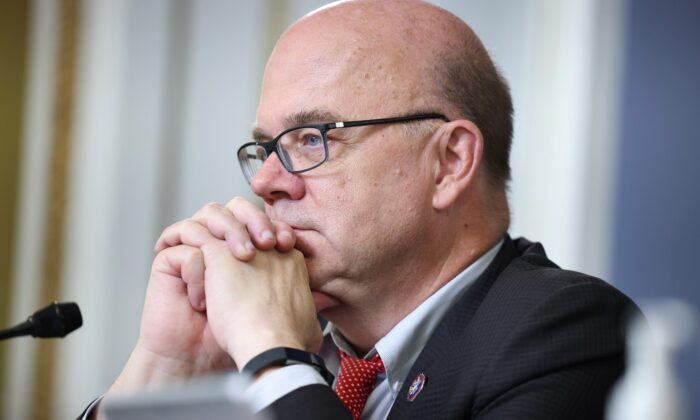 Committee Chairman Jim McGovern (D-Mass.) speaks at a House Rules Committee hearing on the procedures for upcoming votes at the U.S. Capitol in Washington on June 28, 2021. (Anna Moneymaker/Getty Images)
Congress

The NDAA rule includes a provision, which was adopted during the Rules panel’s Sept. 20 hearing on the defense bill. that has been extended by Democrats multiple times since its original adoption. It reads as follows:

The provision continues one of the chief tools House Democrats have used in the rules adopted in January for the 117th Congress to frustrate the ability of Republicans to demand and receive information from the Biden White House and the executive branch using the resolution of inquiry (ROI).

The wording of ROIs “will vary depending on the person to whom the resolution is directed. The House traditionally ‘requests’ the President and ‘directs’ the heads of executive departments to furnish information,” according to the House parliamentary procedures manual.

The Rules panel’s action comes as Republicans on the House Foreign Relations Committee seek an investigation of the administration’s actions in the Afghanistan withdrawal.

The ROI is an effective investigative tool because it puts the authority of a congressional committee behind a legislative request rather than causing representatives of the minority party to rely on letters and telephone calls seeking needed information and data.

It’s much more difficult for executive branch officials to ignore a request backed by an ROI, while telephone calls aren’t returned and letters from lawmakers are easily and often ignored.

The ROI is also more difficult for the majority to defeat because House rules require such a measure to be marked up within two weeks of its introduction or it becomes a privileged motion for the whole House. If the resolution is approved, the ROI then becomes a request of the House, not just a committee.

Rules committee member Rep. Guy Reschenthaler (R-Pa.) offered a motion on Sept. 21 to end the ROI ban, saying that “in light of President Biden’s failed Afghanistan withdrawal and evacuation, it is absolutely imperative that we restore this tool to get to the bottom of this administration’s avoidable debacle.”

Reschenthaler said he was “concerned that the majority maintains this provision simply to shield the administration from addressing the very real concerns that members on both sides of the aisle have” on the Afghanistan situation.

Rules member Rep. Michael Burgess (R-Texas), spoke in favor of Reschenthaler’s motion, telling the panel the ROI ban should be terminated because “we can’t get phone calls answered from the administrative state. This is not right and it needs to change. … I urge the majority to restore minority rights” under the ROI process.

Burgess also seeks the passage of an ROI concerning the Biden administration’s treatment of unaccompanied illegal immigrant children coming across the U.S. border from Mexico.

A spokesman for the Rules panel majority didn’t immediately respond to The Epoch Times’ request for comment.

During debate on a previous attempt, Rep. Tom Cole (R-Okla.), the panel’s ranking Republican, said: “The speaker and the Democratic majority have ruled with an iron fist, beginning in earnest at the start of the 117th Congress. In one fell swoop, they eliminated two critical minority tools, motions to recommit and the use of resolutions of inquiry.”

Besides the ROI, Cole was referring to limits during the 117th Congress on the minority’s ability on the House floor to offer motions to recommit bills to committees with instructions to change them rather than having votes on final passage.

“Democratic Leadership has suspended a centuries-old House rule that allows for more congressional oversight—all to protect President Biden from scrutiny for the multiple disasters his failed leadership has caused,” McCaul said.

“Whether it’s the deadly catastrophe in Afghanistan or the crisis at our southern border, the American people expect Congress to hold the Executive Branch accountable for their mistakes. The majority needs to lift this indefinite ban on resolutions of inquiry and allow for vigorous oversight.”

Republicans on the foreign relations panel have been frustrated by having to depend on letters to gain needed oversight information on the Biden administration’s lax administration of congressionally mandated sanctions against, for example, Russia’s Nord Stream 2 natural gas pipeline to Europe.

In the April letter, McCaul predicted the withdrawal would “hand the Taliban an undeserved victory, damage U.S. credibility as a counterterrorism partner, and gravely endanger the lives of Americans and Afghans alike.”