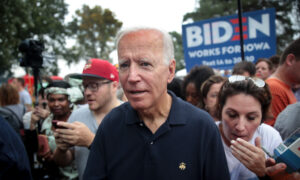 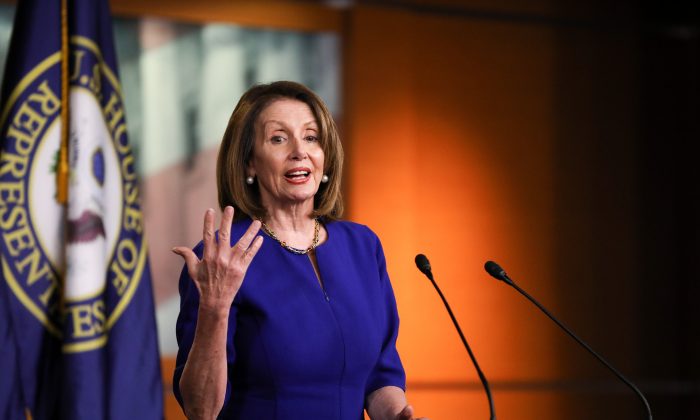 The Democrats in the House of Representatives are planning to meet on Sept. 24 to discuss whether to try to impeach Republican President Donald Trump.

According to Washington Post reporter Rachel Bade, leaders of the caucus have called the meeting for 4 p.m.

Democrats are accusing Trump of improperly pressuring Ukrainian President Volodymyr Zelensky during a phone call in July, citing a so-called whistleblower who leaked little of the alleged discussions.

According to various reports, the person, who has not been identified, did not directly listen to the conversation.

The Ukrainian government and Trump have denied the thrust of the reports. Trump said he spoke with Zelensky about former Vice President Joe Biden, a Democratic presidential contender, but in the context of Zelensky’s avowed anti-corruption stance.

Biden admitted in 2016 to pressuring Ukraine to fire a prosecutor who was investigating a company his son, Hunter Biden, served on the board for. Biden said recently he didn’t talk to his son about business dealings, a statement that conflicts with what his son has said.

Little information is known about the whistleblower complaint, which has also not been released publicly, but House Democrats are nonetheless using the situation to push for the impeachment of Trump, a position opposed by a majority of Americans but supported by a majority of Democratic voters since Trump’s early days in office.

Seven freshmen House Democrats wrote in an op-ed on Monday that “the president of the United States may have used his position to pressure a foreign country into investigating a political opponent, and he sought to use U.S. taxpayer dollars as leverage to do it.”

Congress must investigate the situation and if the allegations are true, they wrote, they support impeaching Trump.

“We do not arrive at this conclusion lightly, and we call on our colleagues in Congress to consider the use of all congressional authorities available to us, including the power of ‘inherent contempt’ and impeachment hearings, to address these new allegations, find the truth, and protect our national security,” they wrote.

The total number of House Democrats who support impeachment action is now at 149, along with Rep. Justin Amash (I-Mich.), a Trump critic who left the Republican Party earlier this year.

House Majority Leader Nancy Pelosi (D-Calif.) said late Monday as she flew to Washington that “we will have no choice” of starting an impeachment inquiry.

She said she read the op-ed and added, “It will be a big week.”

Pelosi has long declined to support impeaching Trump even as some members of her caucus pushed for such a move. The last time articles of impeachment were brought to a vote, in July, the House voted against the resolution 332-95.

“This is perhaps the most ridiculous and time consuming project I have ever had to work on. Impeachment of your President, who has led the Greatest Economic BOOM in the history of our Country, the best job numbers, biggest tax reduction, rebuilt military and much more, is now OVER,” Trump wrote on Twitter at the time.

“This should never be allowed to happen to another President of the United States again!”

On Sept. 12, House Democrats in the House Judiciary Committee voted to move forward with the “next step” in the plan to impeach Trump with Pelosi’s support.

The way impeachment works is as follows: the House can vote to impeach an official and the Senate would then hold impeachment trials with House members arguing on one side and counsel for the official on the other. After the trials, the Senate meets in a closed session and votes on whether to convict. A conviction on an article of impeachment requires a two-thirds vote of the Senators present.

The last impeachment was of President Bill Clinton in 1998 for lying about his affair with intern Monica Lewinsky. After the House impeached him, he was tried in the Senate and found not guilty of the charges and continued to serve as president.