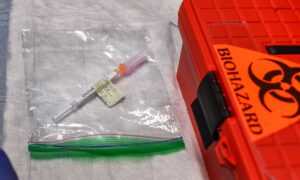 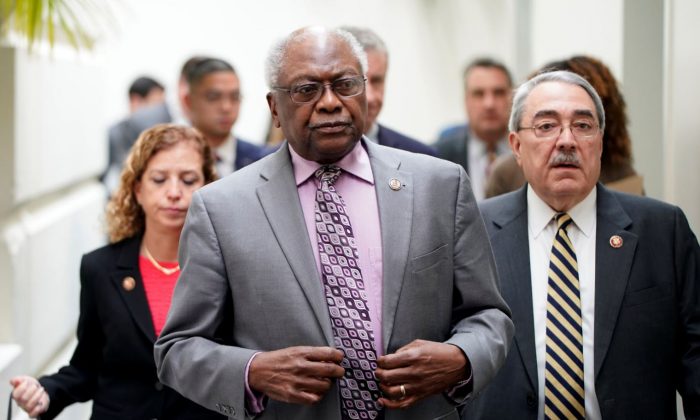 The Democrats on the House Select Subcommittee on the Coronavirus Crisis subpoenaed two top health officials in the Trump administration on Dec. 21 after the panel’s investigation found that political meddling had hindered scientific work at the Centers for Disease Control and Prevention (CDC).

“The subpoenas were necessary because the Select Subcommittee’s investigation has revealed that efforts to interfere with scientific work at CDC were far more extensive and dangerous than previously known,” Clyburn wrote in a letter sent to Azar and Redfield along with the subpoenas.

Clyburn cited documents recently obtained by the panel showing that over a period of four months, as the pandemic accelerated, the top health officials attempted to alter or block at least 13 scientific reports related to the virus.

HHS and the CDC officials didn’t immediately respond to a request by The Epoch Times for comment.

Clyburn’s letter also claims that HHS officials attempted to “muzzle CDC scientists by retaliating against career employees who provided truthful information to the public and targeting CDC staff with what one employee described as a ‘pattern of hostile and threatening behavior.'”

The letter claims that “efforts to influence or block CDC’s Morbidity and Mortality Weekly Report (MMWR) and other scientific publications went on for months and involved numerous high-level officials at CDC and HHS.”

Charlotte Kent, editor-in-chief of the MMWR, told the subcommittee she was pressured to make changes to the report by HHS Assistant Secretary for Public Affairs Michael Caputo and his senior adviser, Paul Alexander.

According to the subcommittee’s letter: “Dr. Alexander explained that he had discussed the matter with Mr. Caputo and wanted to insert language praising what he called the Administration’s ‘[strong] mitigation and containment measures.’ He also asked to revise the report’s title, which he claimed was ‘misleading and little inflaming [sic]’ because it indicated that ‘COVID was in the US prior to when it was first detected, etc.'”

“Today’s subpoenas are just for show,” Scalise said. “Issuing midnight subpoenas that turn into pumpkins in less than two weeks will not speed up production of the tens of thousands of documents HHS has already produced.

“Even though witness testimony has already slammed shut the notion of any political interference in CDC scientific reports, Democrats continue to search for imaginary evidence of improper political influence in the Trump Administration’s whole-of-America pandemic response,” he added.

The subcommittee is attempting to obtain all the documents sought in its Sept. 14 request to understand who was responsible for the alleged political pressure campaign.

“The subpoenas require you to produce a full and unredacted set of these documents by December 30, 2020,” Clyburn wrote.