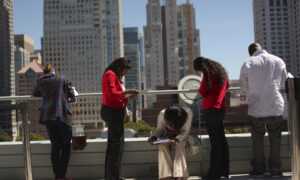 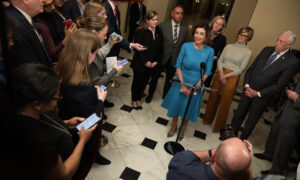 Pelosi Call With Meadows Yields No Breakthrough on Stimulus Package
0 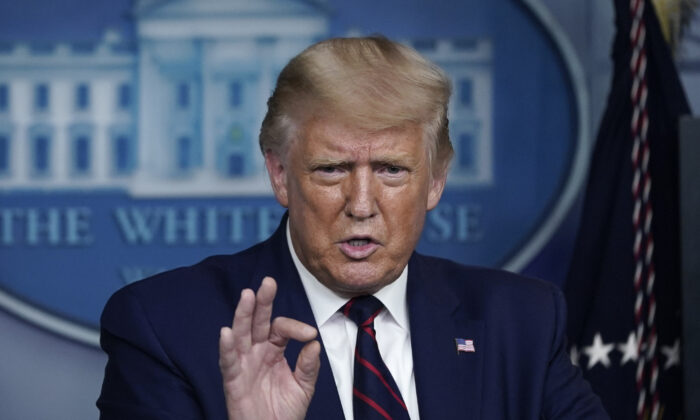 A group of House Democrats have launched a bid to block President Donald Trump’s payroll tax deferral action, which lets workers put off paying some of their taxes when the impact of the COVID-19 recession is assumed to be most acute but which opponents claim is problematic because it saddles people with a higher tax bill later.

Rep. John Larson (D-Conn.), the chairman of the House Ways and Means Committee’s Social Security subpanel, along with 20 of his Democrat colleagues, on Friday announced two initiatives—the Save Our Social Security Now Act and a Congressional Review Act resolution—both seeking to overturn Trump’s tax deferral.

The executive order that Trump signed on Aug. 8 lets the 6.2 percent payroll tax be deferred from Sept. 1 through the end of the year for people earning less than $104,000 per year. After Dec. 31, employers are to start collecting the taxes that are owed, leading to a situation in which workers receive less in take-home pay next year.

“This order is reckless, unworkable, and gives new meaning to the term ‘surprise billing,'” Larson said in an earlier statement. “Early next year Americans will be required by Trump to pay double to make up for this pointless charade!”

Trump’s action came after stimulus talks stalled, with the president explaining it would provide workers with extra cash when they’re likely to need it most—at the height of the pandemic-driven economic fallout.

“This will mean bigger paychecks for working families as we race to produce a vaccine,” Trump said at the time, adding that if he wins the White House for another four years, he would seek to transform the deferral into a permanent cut.

Some criticized the move as well-meaning but encumbered by a drawback. The U.S. Chamber of Commerce and some 30 trade associations called it “well-intended to provide relief for Americans during the COVID-19 crisis” but argued that unless it becomes a permanent tax cut, the executive action “threatens to impose serious hardships on employees who will face a large tax bill” down the road.

Other opponents have argued that, if the payroll tax deferral is made permanent, the move threatens Social Security, a claim that Trump rejected, saying it would “have zero impact on Social Security” and that the program would instead be financed through the general fund.

“At the end of the year, on the assumption that I win, I’m going to terminate the payroll tax,” Trump said at a press conference in early August. “We’ll be paying into Social Security through the general fund.”

In 2019, over $944 billion of total Old-Age and Survivors Insurance and Disability Insurance (OASDI) income came from payroll taxes, while the rest came from interest earnings of around $80 billion, along with some $36 billion in revenue from taxation of OASDI benefits.

Social Security Administration Chief Actuary Stephen Goss said on Aug. 25 (pdf) that if the payroll tax were eliminated with no alternative source of revenue, the Social Security Disability Insurance Trust Fund would become “permanently depleted in about the middle of calendar year 2021, with no ability to pay DI benefits thereafter,” and that the the Old Age and Survivors Insurance Trust Fund would run out of money in mid-2023.

“Strictly speaking, Social Security could be funded using general fund revenue or alternative revenue source, so terminating a tax and terminating a program are distinct things,” he told the publication.

“However, it would be reasonable to ask what would happen with the program absent an alternative plan to fund it,” he added.

Larson claimed Trump’s proposal for a permanent payroll tax cut was “a direct attack on our country’s most popular program” and that it amounted to defunding Social Security.