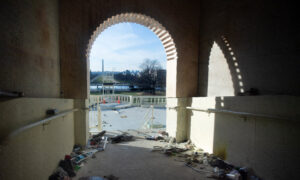 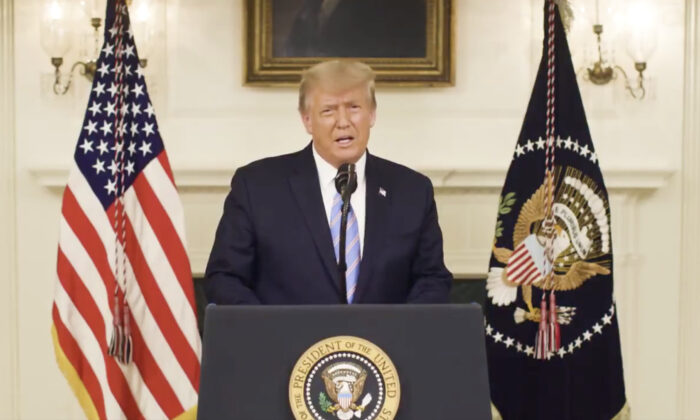 A screenshot of a video released by President Donald Trump on his Twitter account on Jan. 7, 2020. (Screenshot/Twitter)
Trump Administration

The House of Representatives has released a resolution to impeach President Donald Trump, charging him with “incitement of insurrection,” and they’re expected to vote on it next week.

“In all this, President Trump gravely endangered the security of the United States and its institutions of Government,” according to the resolution (pdf). “He threatened the integrity of the democratic system, interfered with the peaceful transition of power, and imperiled a coequal branch of Government. He thereby betrayed his trust as President, to the manifest injury of the people of the United States.”

Should they vote to approve the resolution, Trump would be the first president to be impeached twice.

The document criticized Trump for “reiterat[ing] false claims that ‘we won this election, and we won it by a landslide,’” and accuses him of “willfully [making] statements that, in context, encouraged – and foreseeably resulted in – lawless action at the Capitol.”

The statements to which they attribute his inciting violence are vague.

The resolution mentions one: “If you don’t fight like hell, you’re not going to have a country anymore.”

The president, during his Jan. 6 speech, also called on the protesters to remain peaceful. A video released later last week from Trump included condemnations against the violence and Capitol breach.

Later Monday, House Speaker Nancy Pelosi (D-Calif.) is planning to introduce a resolution urging the use of the 25th Amendment to remove Trump.

According to a letter from Pelosi, the House would proceed with bringing an impeachment resolution to the House floor unless Vice President Mike Pence invokes the 25th Amendment.

Pelosi said in an interview on CBS’ “60 Minutes” that she wants to invoke the amendment “because it gets rid of him,” adding that “one of the motivations people have for advocating for impeachment” is to prevent Trump from holding office again.

“There’s strong support in the Congress for impeaching the President a second time,” she said.

In the House, impeachment requires a simple majority. However, it requires a two-thirds majority to convict a president in the Senate.

“We need to take very seriously what happened… Hours and days matter,” Rep. Chrissy Houlahan (D-Pa.) said in an interview with Politico. “I wish we could just hold our breath” for 10 days. “But I don’t think we should or can afford to. I think we’ve seen that our nation and our homeland is in danger.”

It’s not clear when the Senate will take up the House’s measure, if passed. The upper chamber is not scheduled to return until around Jan. 19 but will hold several pro forma sessions.