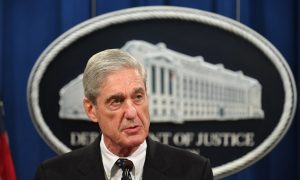 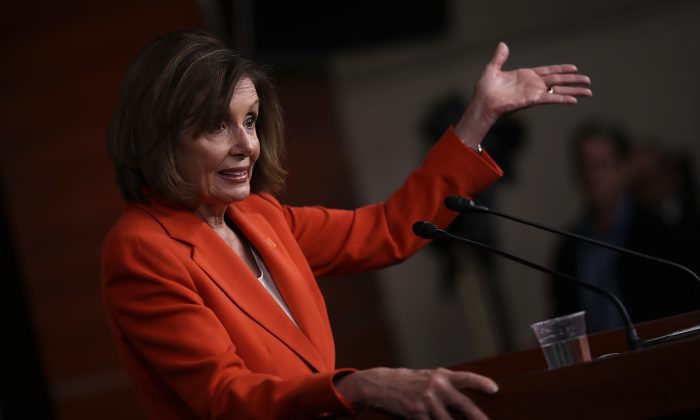 In case you missed it, June 15 was the latest attempt at an official “impeachment day.” It was supposed to be a day when the American people would gather at rallies across the country to demand that their legislators in the House of Representatives formally begin the process to impeach President Donald Trump.

But attendance was abysmal. Only 20 people showed up for the rally in Toledo, Ohio, and only 200 in the progressive hotbed of Portland, Oregon. But that poor showing hasn’t stopped Democratic House members from getting the message anyway. Impeachment fever is rising in the Swamp. As of this week, more than 70 of them have voiced their opinion that Trump is guilty of impeachable crimes. And yet, they dither and delay.

By preferring to impeach Trump only with words in the media and not with votes in Congress, pro-impeachment House Democrats demonstrate that they are either giving into fear of unintended political consequences and are therefore cowards, or else they are lying and are, therefore, guilty of slander. Either way, they are failing to uphold the oath that they all took to “support and defend the Constitution.” And the American people should hold them accountable.

Is Trump a Threat to the Constitution?

Even long before special counsel Robert Mueller declared Trump not not-guilty after a two-year investigation, many Democratic House members believed Trump was guilty of impeachable crimes and said so. As the 2020 election inches closer every day and the window of time in which to conduct an impeachment hearing narrows, those voices are becoming more shrill.

Speaker of the House Nancy Pelosi (D-Calif.) has had to use rhetoric like a tight-rope walker uses a balancing rod to please both the radical and moderate poles of her party. Unfortunately, she doesn’t seem to be pleased, either.

To satisfy her radical wing, she has said she believes that Trump “is engaged in a cover-up” and even that he should be “in prison.” But to satisfy her more vulnerable moderate wing, she has hitherto refused to give the House Judiciary Committee the go-ahead to begin an impeachment hearing.

No doubt she is in a difficult position. And the pressure is only bound to intensify. The Democratic presidential candidates will be forced to prove their bona fides to the radical primary voters in the upcoming debates, and impeachment will be a watchword in the campaign.

Nonetheless, is there or is there not a tyrant, a criminal, in the White House? What does it say about the pro-impeachment House Democrats if they permit a person to remain in office whom they believe is a threat to the Constitution they swore to defend? If they let such a person keep his office a day longer than absolutely necessary, they don’t deserve to keep their own.

Of course, politics involves compromise and cooperation, and there is a longer political game that is always at stake. Impeachment hearings can backfire. In this case, political parties are contending for majorities in both the House and the Senate in the 2020 election. Democrats and Republicans alike must tread carefully.

But if Democratic lawmakers believe, as Rep. Alexandria Ocasio-Cortez (D-N.Y.) says, that “you could reach in a bag and pull so many things out that are impeachable of this president,” and yet—for political reasons—demur to impeach him, then they are cowards who put the interests of their party before those of the American people.

It’s possible, though, that pro-impeachment Democrats don’t actually believe that Trump is guilty of any “treason, Bribery, or other high Crimes and Misdemeanors.” And branding Trump as worthy of impeachment and, therefore, unworthy of the office of president is great marketing for the 2020 campaign, regardless of whether it’s true.

Fake news wasn’t invented in 2016. Ancient Athens had its tasteless demagogues and vulgar comic poets, too. But these days, every political statement said in public or in private is potential viral food for the consuming hordes on social media, again, regardless of whether it’s true. Citizens and politicians alike—from both parties—exploit these new media modes with sarcasm and spectacle. Call it the art of the squeal.

So, though dishonest, maintaining a lie about the president committing bags full of impeachable offenses can be an effective political strategy. Appearance—in the form of sound bites and well-framed memes—is often reality, politically speaking at least. And if you make that lie simple and keep repeating it often enough, eventually people will believe it, or else it will become an incessant media talking point, which is nearly the same thing, politically speaking at least.

But if pro-impeachment Democrats don’t really believe Trump is guilty and yet want the American people to believe so anyway, in order to delegitimize him in their eyes, then they are corrupting the reason of the people. That goal is to manipulate and confuse—not refine and enlarge—public opinion.

We call that sort of thing gaslighting today. Here also, then, pro-impeachment Democrats put the interests of their party before those of the American people.

This is the essence of Trump derangement syndrome, having such passionate hatred for Donald Trump that one would rather the whole country suffer if it means bringing him down. Cutting off the nose to spite the face may help Democrats in the short-term increase voter turnout in the primary, but it will hurt them in the general election and hurt the country in the long-term.