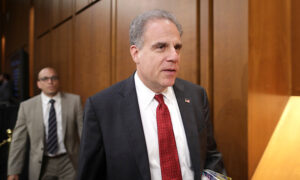 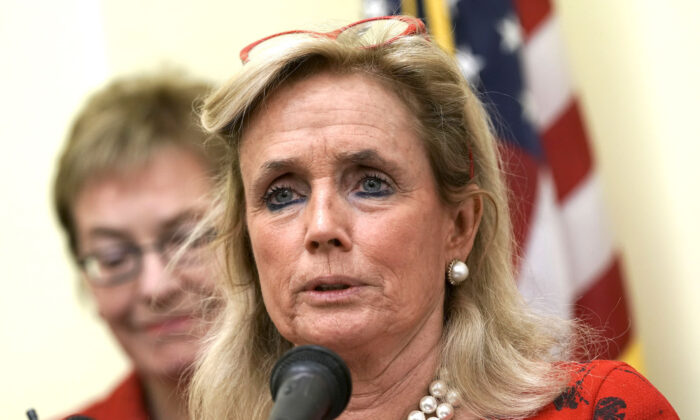 Rep. Debbie Dingell (D-Mich.) said she was under “enormous” pressure to support the impeachment inquiry into President Donald Trump.

The House Democratic Senior Whip, who was initially against the inquiry, said on CNN’s “At This Hour” on Oct. 1 that she had changed her stance under what she called an “enormous amount of pressure.”

With the on-screen caption reading “Trump launches aggressive anti-impeachment fight online,” anchor Kate Bolduan began the conversation by asking Dingell: “When you see how much the president is focused on this, and you see that his campaign is already trying to capitalize on this impeachment, what do you think, do you ever have regrets that Speaker Pelosi took this step?”

Dingell replied: “You know, I was one of the most recent people to come out—under an enormous amount of pressure, I might also add—I was the focus of ads by both Tom Steyer and MoveOn.org, but I was worried about how divided this country is. And quite frankly, we’re continuing to see how divided the country is, though you can’t be divided on the rule of law.”

Billionaire Tom Steyer is a 2020 Democrat presidential candidate who has been pushing for Trump’s impeachment for two years, according to his website. MoveOn.org is a web-based progressive organization that has been involved in organizing and promoting anti-Trump protests, as well as promoting the raising of money for Democrat candidates.

“You know, everybody says Speaker Pelosi,” Dingle continued in her response to Bolduan. “But for me, those clarifying moments were when the inspector general said a whistleblower filed a case. He found them to be true and credible and … urgent to our national security. That’s my job, to protect this country and to protect the Constitution.”

Dingell wrote on Sept. 23 on Twitter: “This country is divided. We cannot be divided on the rule of law. As an elected official my oath is to protect national security and the Constitution. After recent revelations, I support an impeachment inquiry because we must follow the facts and hold the president accountable.”

The Democrat-led House of Representatives on Sept. 24 formally launched an impeachment inquiry into Trump, with House Speaker Nancy Pelosi (D-Calif.) alleging that Trump had “seriously violated the Constitution.”

“This week, the president has admitted to asking the president of Ukraine to take actions which would benefit him politically,” Pelosi said on Sept. 24. She alleged that Trump’s presidency “revealed dishonorable facts of the president’s betrayal of his oath of office, betrayal of national security, and betrayal of the integrity of our elections.”

The anonymous whistleblower in a complaint accused Trump of having improperly tried to pressure Ukrainian President Volodymyr Zelensky to investigate former Vice President Joe Biden and Biden’s son Hunter Biden during a phone call in July. This was seen by many House Democrats as new grounds for impeachment.

The transcript showed that Trump asked Zelensky to look into the firing of a top Ukrainian prosecutor which allegedly occurred under pressure from Joe Biden when he was vice president. The prosecutor, Viktor Shokin, was reportedly investigating the Ukrainian natural gas company Burisma on which Biden’s son, Hunter Biden, served as a board director.

Trump did not exert pressure or offer any form of payment when he asked Zelensky to look into Biden and his son, as had been the claim of the widely-cited Washington Post report that ultimately led to the impeachment inquiry.

According to the redacted whistleblower complaint, the alleged whistleblower had received information that made them think that Trump was “using the power of his office to solicit interference from a foreign country.” The whistleblower also accused the White House of blocking efforts related to the call.

The whistleblower filed his or her complaint with the Inspector General of the Intelligence Community (ICIG) on Aug. 12. The complaint consists almost entirely of secondhand accounts, media reports, and other publicly available information. Trump and Republicans have focused on that point to question the credibility of the whistleblower.

Trump wrote on Twitter on Sept. 27: “Sounding more and more like the so-called Whistleblower isn’t a Whistleblower at all. In addition, all second-hand information that proved to be so inaccurate that there may not have even been somebody else, a leaker or spy, feeding it to him or her? A partisan operative?”

Some details of the whistleblower complaint have now been contradicted by the call transcript.

The ICIG said in a Sept. 30 statement that the office’s review determined that the whistleblower had “direct knowledge of certain alleged conduct.” The ICIG didn’t respond to a request to clarify which “alleged conduct” the statement refers to.