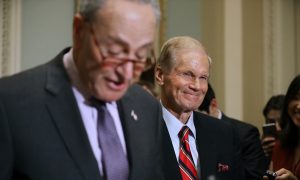 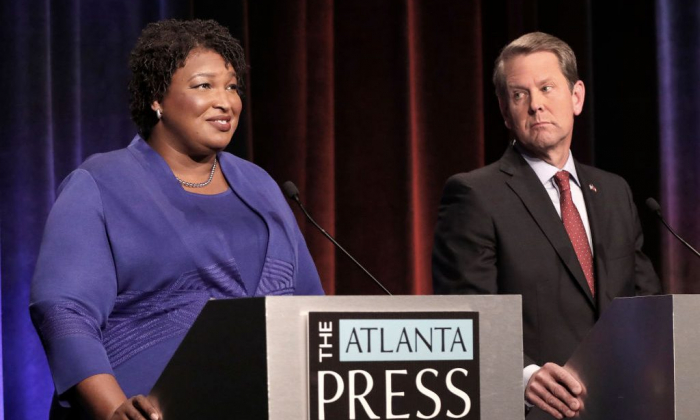 The chairman and a member of an influential House committee are seeking documents pertaining to claims of voter suppression from the 2018 gubernatorial race in Georgia.

“The Committee is particularly concerned by reports that Georgians faced unprecedented challenges with registering to vote and significant barriers to casting their votes during the 2018 election,” they stated.

Voter suppression is an increasingly galvanizing theme within the Democratic party. The new document requests are likely to not only continue to highlight the issue but bolster the profile of the Georgia election’s losing gubernatorial candidate, Stacey Abrams.

Abrams, who is considered a rising star among Democrats, was vying to be the first African American female governor in history. After she lost, she placed the blame on  Kemp, her Republican opponent.

Kemp was the Georgia secretary of state and as such, the state’s chief elections officer. Abrams ended her bid for the governor’s mansion 10 days after polls closed on Nov. 16, but still refused to concede to him.

“I acknowledge that former of Secretary of State Brian Kemp will be certified the victor in the 2018 gubernatorial election,” she said. “But to watch an elected official, who claims to represent the people in the state, baldly pin his hopes for election on the suppression of the people’s democratic right to vote has been truly appalling.”

“The results were purely and fully attributable to voter suppression,” she said.

In the same interview, Abrams said she is weighing whether to run for governor again, for a U.S. Senate seat in two years, or for president of the United States in 2020.

Cummings and Raskin said in their letters that more than 1.4 million Georgians had their voter registrations canceled during Kemp’s eight years as Secretary of State.

“In 2018, 53,000 Georgians who tried to register, most of them minorities, had their applications placed on hold by the secretary of state’s Office,” they said.

Federal law requires states to maintain a database of eligible voters, and for a state’s chief elections officer to take reasonable measures to ensure its accuracy. As secretary of state, Kemp oversaw those efforts, including the legal removal of inactive voter registrations.

Many of the removals included registrants who were either dead, ineligible felons, or had moved out of state. Others had been inactive for more than three election cycles, and could not be reached by elections officials.

The U.S. Supreme Court has authorized such voter roll maintenance activities, but voting rights activists and others continue to characterize them as suppressing votes.

The Georgia GOP issued a fact-check prior to the November election, addressing news reports that the 53,000 registered voters mentioned by Cummings and Raskin—the majority of whom were African-American and other minorities—were wrongfully purged from voter rolls or blocked from voting.

“It is absolutely irresponsible that the press would lead Georgians to the FALSE idea that anyone who has submitted a voter registration application may not be able to vote on Election Day,” the statement said.

The 53,000 voters were instead shifted to “pending” status, or put on “hold,” as Cummings and Raskin explained, for lacking basic voter registration information.

Under state election law, a “pending” status at the secretary of state’s office is required under such circumstances, but doesn’t mean an applicant can’t vote. More identifying information, however, would need to be offered at the time a voter casts their ballot.

Pending applicants can usually resolve such issues online in Georgia, or by obtaining assistance from a local Board of Elections office. And pending voters can still vote if they arrive at a polling location with acceptable identification, such as a state-issued driver’s license or ID card. They could also cast a provisional ballot and return up to three days after an election with ID.

Amid the ongoing allegations of voter suppression, voter registration actually jumped 20 percent since Kemp took office, and over 3.9 million Georgians voted in the gubernatorial election, smashing voter turnout in any previous midterm election.

Abrams has arguably based her career on the voter-suppression issue, dating back to her tenure in the Georgia State House.

She’s refused to acknowledge where the money came from although she personally benefitted to the tune of nearly half a million dollars. In a March 2018 interview, Abrams thanked billionaire financier George Soros.

A former state Democratic candidate told the AJC on the condition of anonymity, for “fear of political retaliation,” that Abrams’ two foundations, “Absolutely, 100 percent, no doubt,” set the stage for her 2018 gubernatorial campaign.

Abrams’s other voting-rights nonprofit, the Voter Access Initiative, was recently renamed Fair Fight Action. Fair Fight Action is a so-called “dark money” organization that doesn’t disclose its donors or its sources of funding.

Fair Fight Action also finances a sister website called Fair Fight Georgia, which asserts that “elections in Georgia, and throughout much of our country, are not fair.”

Abrams’ campaign declined to make her available to the AJC for an interview. A spokeswoman, Priyanka Mantha, wouldn’t comment to the paper about Abrams’ reasons for withholding donor names.