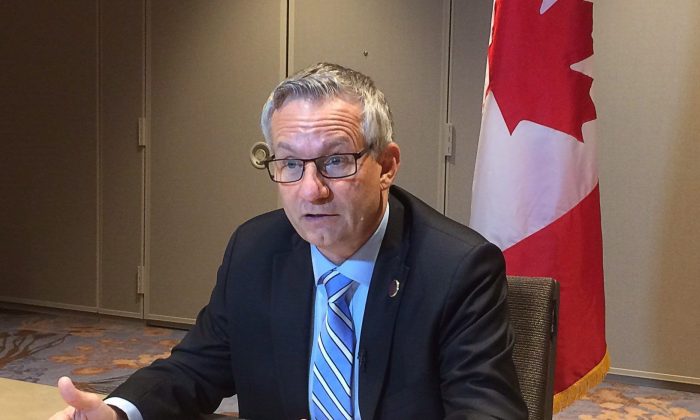 The House of Commons industry committee elected Thursday to review the Chinese purchase of the Canadian mining company Neo Lithium, although pushback from Bloc and Liberal MPs reduced by two-thirds the time the Conservatives wanted to study the deal.

Conservatives wanted to allot six days to review the purchase of Neo Lithium by the Chinese Zijing Mining announced in October, which they say was allowed by the government by disregarding national security and strategic interests. But eventually a consensus was reached to start with a two-day review, leaving the door open for additional follow-up if needed.

Given the shorter time for the review, the Standing Committee on Industry and Technology decided to not call the public safety minister as the initial motion proposed, leaving only one minister to appear, Industry Minister François-Philippe Champagne.

“It goes without saying that acquisitions by hostile foreign regimes, and those countries that don’t follow international trade and investment rules, should be subject to careful scrutiny before being approved by our government,” said Conservative MP Ed Fast during the meeting on Jan. 20.

Fast is seeking clarification on why no national security review was conducted. He said it doesn’t matter that Neo Lithium only operates in Argentina, as “critical minerals are a strategic global asset—global, I emphasize—and that it doesn’t matter where the mines are located. What matters is who controls the asset.”

He added that when a company is sold to a foreign entity, it is not just the assets that are sold, but also Canadian expertise, intellectual property, and technology.

Liberal MP Andy Fillmore, who serves as parliamentary secretary to Champagne, pushed back on Fast’s assertions, saying a proper review by Industry Canada has been conducted, that Neo Lithium is hardly Canadian, and that the lithium they hold (lithium carbonate) is not the type used in products like electric vehicle batteries and semiconductors (lithium hydroxide).

“It’s not a relevant lithium to Canada’s national security interests, and it’s not really a Canadian company,” Fillmore said.

“It’s an Argentinian company. It’s got its directors in the UK, it [might have] three Canadian employees on paper. But really, the only … reason it had any Canadian toehold whatsoever was to have a presence on the TSX in hopes of raising money.”

The Epoch Times reached out to Neo Lithium for comment but didn’t get a response before publication.

Conservative MP Tracy Gray responded to Fillmore’s comments on the type of lithium being extracted by the company, pointing out lithium carbonate can be converted into lithium hydroxide through a chemical process.

Opposition MPs had called for an emergency meeting of the committee on Jan. 18.

In a letter to the chair of the committee calling for the meeting, four Conservative MPs and one NDP MP said they are concerned “the foreign takeover was not immediately subject to a review and proper due diligence.”

Conservative Party Leader Erin O’Toole raised the issue in a press conference on Jan. 17, saying the lack of review of the deal is part of a “troubling pattern with the Trudeau government” as it comes to authorizing the sale of Canadian companies to Chinese state-owned entities.

O’Toole pointed to Trudeau having approved the purchase of laser technology company ITF Technologies in 2015 by Hong Kong-based O-Net Communications, after the previous government had blocked it.

The security establishment had warned that such a transfer would be detrimental to national security.

“If the technology is transferred, China would be able to domestically produce advanced military laser technology to Western standards sooner than would otherwise be the case, which diminishes Canadian and allied military advantages,” said a national security assessment prepared by the Department of National Defence and CSIS in 2015, according to Globe and Mail reporting in 2017.

Trudeau also approved the sale of satellite company Norsat to Chinese company Hytera in 2017, which had irked the United States since Norsat supplied its military.

Neo Lithium doesn’t have mines in Canada and its sole project is the 3Q mine in Argentina, which the company says is one of the largest lithium brine deposits in the world.