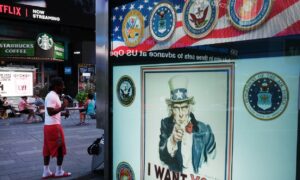 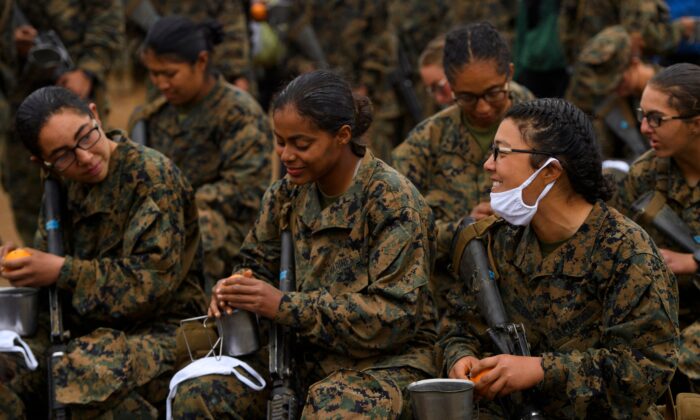 After scuttling an amendment that would have effectively suspended military conscription, the House Armed Services Committee (HASC) took a 180-degree turn on Sept. 1 by voting to expand the draft to women.

The decision came late in the markup of the 2022 National Defense Authorization Act (NDAA), with lawmakers voting 35–24 to pass a bipartisan amendment by Reps. Chrissy Houlahan (D-Pa.) and Mike Waltz (R-Fla.).

“Women make up over 50 percent of our population, and not including them in the Selective Service is not only a disservice to these women, but also to our nation as a whole,” Houlahan said.

There was a proposed NDAA amendment that would have put the Selective Service System in limbo, but that proposal was scuttled before the HASC started its markup. Anti-draft activist Edward Hasbrouck told The Epoch Times that the amendment was ruled out of order due to what he called “arcane” PAYGO rules, which prohibit legislation that increases the deficit—though those rules contain numerous exemptions.

The HASC didn’t respond to requests for comment by press time regarding why the amendment was killed.

Hasbrouck said an anti-draft NDAA amendment can still be introduced on the House floor, but he said amendments rarely succeed unless they’re introduced in committee first. The amendment’s author, Rep. Jackie Speier (D-Calif.), hasn’t responded to questions from The Epoch Times about whether she intends to reintroduce the provision—nor did she say why the amendment was killed, either.

The House NDAA is now in sync with the Senate NDAA in terms of military conscription, with both proposing to expand the duty to women. The policy has bipartisan support, as well as a strong endorsement from the National Commission on Military National, and Public Service.

“The bottom line remains that neither the nation nor DoD [Department of Defense] will know for certain what a future conflict may entail, what skillsets will be necessary, or who would qualify for draft induction under specific qualification criteria,” the commission—a body established by Congress to study the issue—said in its March 2020 final report.

“Therefore, enabling DoD to utilize all the nation’s talents and abilities is essential to mitigating the risks imposed by an uncertain future.”

However, anti-war activists, civil libertarians, leftists, and MAGA conservatives have come out against drafting women.

“We believe that a better way to achieve equality under the law would be to end military draft registration altogether and scrap this needless and expensive bureaucracy,” Paul and Wyden stated in a July 23 letter also signed by Reps. Rodney Davis (R-Ill.) and Peter DeFazio (D-Ore.).

But Hasbrouck said he thinks that the writing is on the wall.

“It’s now overwhelmingly likely that the Fiscal Year 2022 NDAA to be adopted in late 2021 or early 2022 will authorize the president to order women to register for the draft at age 18, starting in 2023 with women born in 2005 and after,” he wrote on his personal site.

Hasbrouck, who spent about four months in a federal prison camp in 1983 for refusing to register for the draft, wrote that he thinks now is the time to shift focus from congressional lobbying to resistance. Citing testimony from former Selective Service System officials, he said most men don’t comply with the registration rules—and that he thinks compliance will be even lower among women.

“As I pointed out in my testimony in 2019 to the National Commission on Military, National, and Public Service (which invited no draft-age women to testify about whether they should or could be forced to register), ‘Both feminist and anti-feminist women will be more likely to resist being forced into the military than men have been, and more people will support them in their resistance,’” he wrote.

“There’s a long tradition of antiwar feminism that identifies militarism and war with patriarchy. Women have been an important part of draft resistance movements even when only men were being drafted and when most public attention has been on male resisters.”