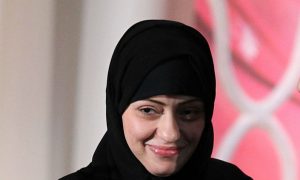 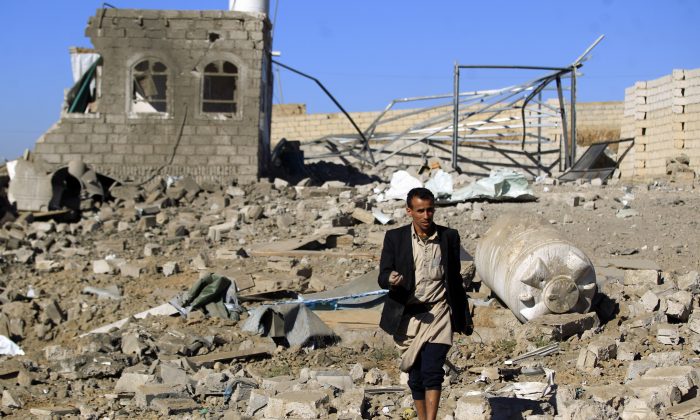 A Yemeni man walks in the ruins of a building destroyed in Saudi-led air strikes in Yemen's capital Sanaa on Feb. 1, 2019. (MOHAMMED HUWAIS/AFP/Getty Images)
US News

WASHINGTON—Coalition forces in Yemen are targeting civilians with airstrikes and mortar fire in their battle with rebels, and international aid to the country is being blocked or disrupted.

These were the charges leveled on March 6 by former U.S. government experts and a Yemeni aid official at a House Foreign Affairs committee on the humanitarian situation in that country.

In her statement to the committee, Dafna Rand, Ph.D., Vice President for Policy and Research, Mercy Corps, an international relief non-profit, said “Direct attacks on civilians and civilian infrastructure have led to a tragic loss of life in Yemen, including the August 2018 Coalition attack on a bus of schoolchildren and the numerous other attacks on weddings, markets, and food production, agriculture sites, and distribution sites.”

Yemen has been in the midst of a civil war since 2015.  The conflict began when the Houthis, a radical Islamic movement, pushed out the nation’s government led by Abdrabbuh Mansur Hadi.  Saudi Arabia leads a coalition, supported by the United States, to restore the Hadi government.

During testimony, Rand and Jeremy Konyndyk, Senior Policy Fellow, Center for Global Development, were particularly critical of Saudi Arabia, describing efforts by the United States (in the belief that attacks on civilians were accidental) to train the Saudis to avoid them.  But Konyndyk described Saudi Arabia as targeting of water treatment and food distribution routes deliberate.

“What we found was that the Saudis tended to treat anything not on the no-strike list…as fair game,” Konyndyk said.

“There was a lack of political will at the top senior levels to reduce the number of civilian casualties…[p]recision was not the issue…even when…the U.S. government told them which targets not to hit we saw instances where the coalition was targeting” non-military areas, Rand described.

Rep. Tom Malinowski (D-N. J.) asked how US support for the coalition affected the attitude and perspective of Yemenis. Radhya Almutawakel, Co-Founder and Chairperson, Mwatana for Human Rights, a Yemen watchdog group, responded that “the war in Yemen is empowering two groups in Yemen:  Al Qaeda and Iran…people know America through…weapons…and it is propaganda for the Houthis and Al Qaeda.”

Rep. Guy Reschenthaler (R-Pa.) noted that Iran was illegally supporting the Houthi rebels.  He asked if calls by some to withdraw support for Saudi Arabia and from the conflict would create a vacuum that Russia and China would fill.

Katherine Zimmerman, Research Fellow at the American Enterprise Institute, responded that U.S. support of the coalition included weapons and training.  She believed Saudia Arabia and the United Arab Emirates (another coalition partner) would obtain the weapons elsewhere if the United States stopped providing them, and that would likely mean without training (particularly against targeting non-military sites and civilians), as Russia and China “don’t have that sort of predilection.”