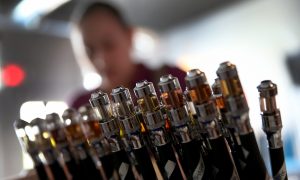 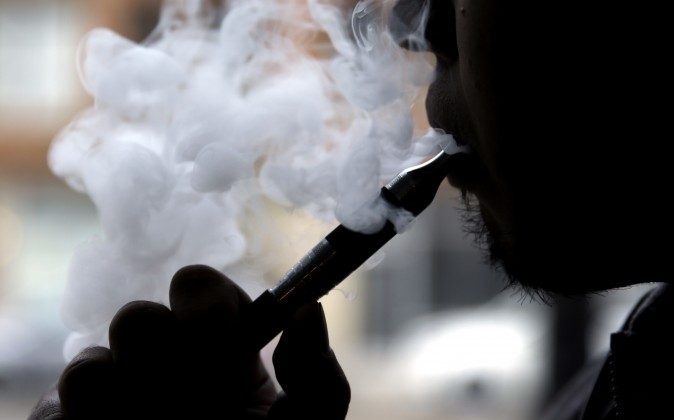 Increasingly popular e-cigarettes and cigar varieties could be exempt from new Food and Drug Administration rules if House Republicans have their way. The effort alarms Democrats and public health advocates who argue it could lead to unsafe products.

Legislation approved by a House committee last month would ease rules announced by the FDA on Thursday to regulate e-cigarettes for the first time. The legislation would prevent the FDA from requiring retroactive safety reviews of e-cigarettes already on the market and exempt some premium and large cigars from those same regulations. E-cigarette products introduced in the future would face the safety reviews.

Vaping and cigar companies have pushed the exemptions, arguing that their products are safer than cigarettes and even help some cigarette smokers quit. They say many of the small businesses that make their products would go out of business once the rules are in place.

Public health groups say the regulations could allow many newer tobacco products to escape scrutiny just as more people, including teenagers, are using them. Cigarette smoking has decreased in recent years, but vaping and cigar smoking have risen, and some of those products come in flavors appealing to teenagers and young adults.

The legislation “pretty much comes down to driving a bus through public health protections,” said Erika Sward of the American Lung Association.

The FDA’s rules are aimed at eventually taming the fast-growing “vaping” industry. E-cigarettes are plastic or metal tubes, usually the size of a cigarette, that heat a liquid nicotine solution instead of burning tobacco. That creates vapor the user inhales.

The nicotine-infused vapor of e-cigarettes looks like smoke but doesn’t contain all the chemicals, tar, or odor of regular cigarettes.

The rules will require e-cigarette brands marketed since February 2007 to undergo premarket reviews retroactively. The FDA will then ensure the product is “appropriate for the protection of the public health.” If not, the agency could take it off the market.

Republicans said the premarket review will be a lengthy and expensive process. Gregory Conley, president of the American Vaping Association, says each review could cost more than a million dollars.

Cigars that would be exempted under the House bill would be premium and large cigars, including those that are hand rolled. An owner of one smaller cigar company pushing the legislation, the Tampa-based J.C. Newman Cigar Co., says customers for Newman’s premium cigars are generally 45 and older.

“We are not the problem, but we could become an unintended consequence,” said Eric Newman.

The legislation could make it easier for Cuban cigar companies to export to the U.S. market, if they are ever allowed.

Matthew Myers of the Campaign for Tobacco Free Kids says the legislation is written broadly enough that some cheap, flavored cigars could fall under the exemption.

The legislation “is particularly tragic because of the very large numbers of young people who over the last several years have begun using these two specific products,” Myers said of cigars and e-cigarettes.

The cigar exemption was included in the original agriculture spending bill, sponsored by Rep. Robert Aderholt, R-Ala. The House Appropriations Committee approved on April 19 an amendment that would eliminate the pre-market reviews for products introduced after 2007.

The Senate has not weighed in on the e-cigarette regulations.

Lawmakers have long enjoyed a close relationship with the tobacco industry, which has already given more than $1.8 million to members of Congress this election cycle, according to the Center for Responsive Politics. Often, they are smokers themselves. Former House Speaker John Boehner, R-Ohio, was a smoker, and Rep. Duncan Hunter, R-Calif., supported the industry this year by vaping at a congressional hearing.

When Rep. Rosa DeLauro, D-Conn., offered an amendment at the House Appropriations Committee meeting to drop the cigar exemptions, the chairman, Rep. Hal Rogers, R-Ky., hinted he enjoys cigars as he called for a vote.

“In complete and full disclosure,” Rogers said, his sentence trailing off to laughter. “I’m a sinner.”

The amendment was rejected.