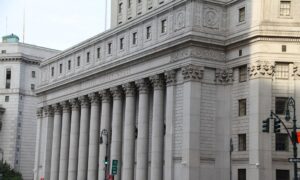 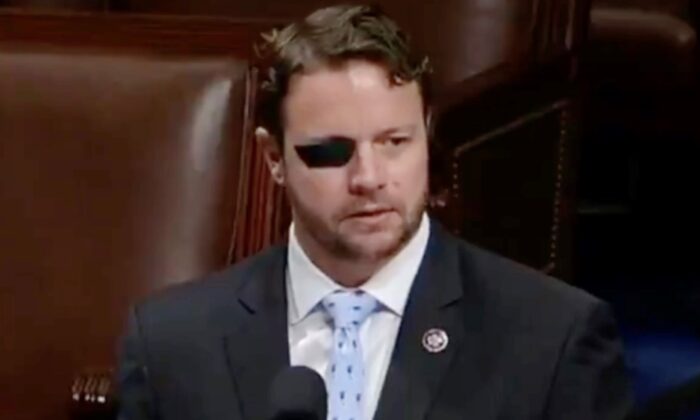 House Democrats were joined by 23 Republicans on July 21 in approving legislation that will regulate a widespread, persistent, and toxic chemical linked with various health problems.

Opponents argue the bill represents a de facto ban on a chemical needed to make bulletproof vests, surgical instruments, semiconductor chips, and a variety of other products.

The PFAS Action Act of 2021 was approved on a 241–183 vote, with all of the “nays” being cast by Republicans. All 218 House Democrats supported the measure, which now advances to the Senate, where its prospects are very much in doubt. Five of the six representatives who didn’t vote were Republicans.

Per- and polyfluoroalkyl substances (PFAS) are a group of man-made chemicals used in a variety of products to increase their resistance to water and heat damage, as well as to make them more durable.

There are more than 9,200 such chemicals that have been in common use for decades, according to the U.S. Environmental Protection Agency (EPA). PFASs can be toxic to human beings at certain levels of exposure, but are now thought to be present at trace levels in most individuals in America.

Among the products that currently use at least one PFAS, according to the EPA, are the following:

During the House debate on the proposal, a version of which was previously approved by the lower chamber of Congress last year, Rep. Frank Pallone (D-N.J.), chairman of the Energy and Commerce Committee, said the legislation is needed to prevent further contamination.

“PFASs are an urgent public health threat. They are toxic, persistent, and being found in the environment across the country,” Pallone told the House.

“Just how common are they? A recent report from the Agency for Toxic Substances and Disease Registry concluded, and I’m quoting, ‘Most people in the United States have been exposed to PFAS and have PFAS in their blood. That finding is astounding, and incredibly concerning to families across the nation.”

“Industry has known about these dangers for decades, but we still have no federal protections from PFAS in drinking water, no limits on PFAS air emissions, no federal cleanup requirements for PFAS sites, and no limits on dumping PFAS into our waterways. We don’t even have labeling of PFAS ingredients to allow consumers to protect themselves.”

But Republicans, including Rep. Dan Crenshaw of Texas, said that while there’s bipartisan agreement on the need to regulate PFAS, the bill that passed the House will encourage needlessly expensive liability litigation that will effectively ban many critically needed products.

“There is no disagreement that the federal government has a role to play in cleaning up the most heavily contaminated sites and establishing standards so that our water is safe to drink,” Crenshaw said during his floor remarks.

“We are united in this, both Republicans and Democrats. And while this bill shares the spirit of that, frankly, it got hopelessly lost along the way. Instead, it creates a mess of lawsuits.”

Crenshaw, a former U.S. Navy SEAL, predicted the liability problem created by the proposal will be a particular danger to the lives of law enforcement personnel.

“Under this legislation, a police department that purchases one of the most popular bulletproof vests to protect its officers against rising crime would now be subject to environmental lawsuits,” he said.

“And here’s why: A bulletproof vest becomes increasingly ineffective if it is exposed to moisture. As a result, it is protected by a waterproofing PFAS chemical to keep it dry and effective against bullets.

“By imposing a de facto ban on all PFAS chemicals, and it is a de facto ban, even those that pose no risk to human health or the environment, this legislation will significantly reduce the availability of life-saving equipment. Manufacturers or others in the supply chain will seek to avoid the PFAS liabilities created by this bill under CERCLA [Comprehensive Environmental Response, Compensation, and Liability Act of 1980, also known as the Superfund Act].”

Crenshaw’s proposed amendment to exempt military and law enforcement from such liability was offered as a motion to send the bill back to Pallone’s committee to incorporate the new provision. The motion was defeated on a party-line 218–204 vote.