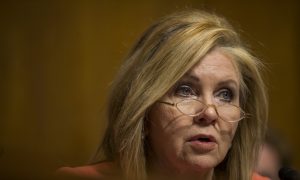 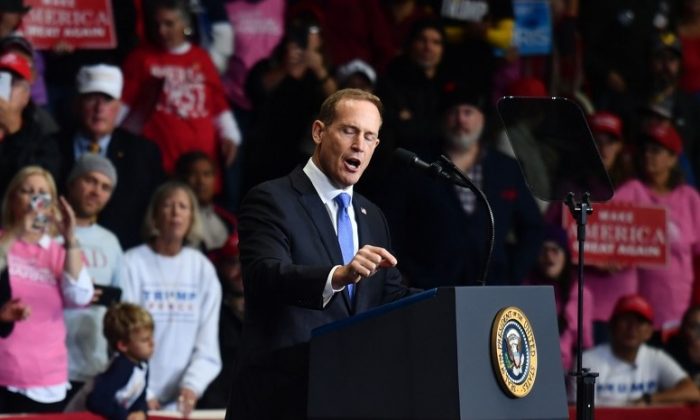 WASHINGTON—Residents of sanctuary cities and states injured or killed by illegal aliens would be able to sue their jurisdictions for damages under legislation introduced July 25 in the House of Representatives by two Republican congressmen.

The Justice for Victims of Sanctuary Cities Act of 2019 is co-sponsored by Reps. Ted Budd (R-N.C.) and Bradley Byrne (R-Ala.). A companion bill to the House version was introduced in the Senate earlier this month by Sen. Thom Tillis (R-N.C.).

“I’ve been following sanctuary cities for some time now and the effects that they have on local communities,” Budd said in a statement.

“I’ve found that sanctuary cities’ failure to cooperate with Immigration and Customs Enforcement (ICE) is reckless and has had a real cost on society, both economically and in terms of human lives,” Budd said.

“It strikes me as common sense to introduce and pursue legislation that allows families and victims recourse against municipalities and policies that have caused them so much damage,” he said.

The proposal is aimed at local and state “sanctuary” jurisdictions that defy retainer requests from the federal government for illegal aliens being held in jail.

Hundreds of cities and towns within those states have also declared themselves as sanctuaries that protect illegal aliens from ICE.

“These cities, counties, and states have laws, ordinances, regulations, resolutions, policies, or other practices that obstruct immigration enforcement and shield criminals from ICE,” according to the Center for Immigration Studies (CIS).

This is accomplished, CIS explained, “either by refusing to or prohibiting agencies from complying with ICE detainers, imposing unreasonable conditions on detainer acceptance, denying ICE access to interview incarcerated aliens, or otherwise impeding communication or information exchanges between their personnel and federal immigration officers.”

Such detainers are “the primary tool used by ICE to gain custody of criminal aliens for deportation. It is a notice to another law enforcement agency that ICE intends to assume custody of an alien and includes information on the alien’s previous criminal history, immigration violations, and potential threat to public safety or security,” CIS said.

“For those who refuse to compromise in the name of border security, I would ask, imagine if it was your child, your husband or your wife whose life was so cruelly shattered and totally broken,” Trump said earlier this year during an Oval Office address to the nation.

“To every member of Congress, pass a bill that ends this crisis. To every citizen, call Congress and tell them to finally, after all of these decades, secure our border,” Trump said.

The House approved the “Enforce the Law for Sanctuary Cities Act” in 2015 that would have cut off federal funds to jurisdictions that refuse to cooperate with ICE, but then-President Barack Obama opposed it.