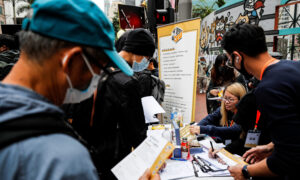 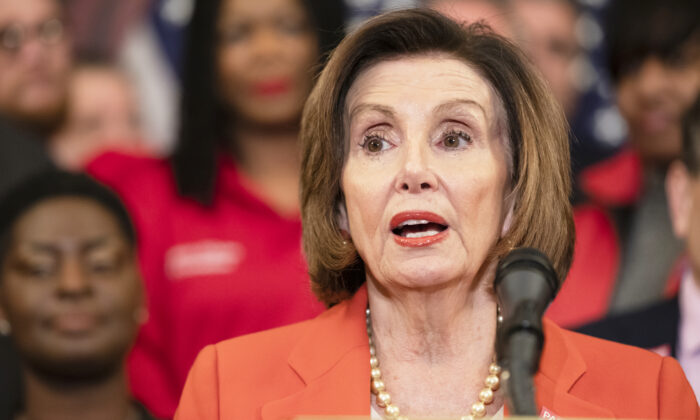 Speaker of the House Nancy Pelosi (D-Calif.) speaks during a press conference advocating for the passage of the Protecting the Right to Organize (PRO) Act in the House of Representatives, on Capitol Hill in Washington on Feb. 5, 2020. (Samuel Corum/Getty Images)
Congress

The U.S. House of Representatives on March 9 narrowly approved legislation pushed by Democrats that would expand protections for labor union organizing and collective bargaining and amend decades-old labor law.

The bill, called the Protecting the Right to Organize Act, was approved in a 225-206 vote, with five Republicans joining Democrats in favor of the sweeping labor rights bill. It now faces an all-but-certain Republican blockade in a narrowly divided Senate and is unlikely to become law.

A different version of the legislation was approved by the Democratic-controlled House last year, but wasn’t taken up by the Senate.

In a statement Tuesday, President Joe Biden endorsed the bill, saying that it “would dramatically enhance the power of workers to organize and collectively bargain for better wages, benefits, and working conditions.”

“As America works to recover from the devastating challenges of deadly pandemic, an economic crisis, and reckoning on race that reveals deep disparities, we need to summon a new wave of worker power to create an economy that works for everyone,” Biden said.

The bill would boost collective bargaining rights for workers in workplace disputes, and make it easier for them to unionize. It would also narrow “right-to-work” laws in 27 states that allow workers to opt out of participating in and paying dues to unions.

“While corporations and the wealthy continue to add to their fortunes, workers and their families are being left behind,” said Rep. Robert Scott (D-Va.), chairman of the House Committee on Education and Labor on Tuesday, highlighting the drop in workers joining unions over the past few decades.

According to government statistics, some 10.8 percent of wage and salary workers were union members last, about half the level in the 1980s.

“This far-reaching legislation is nothing more than a union boss wish list,” said Rep. Virginia Foxx (R-N.C.), the senior Republican on the House labor panel, who led Republican debate on the bill.

“I urge Congress to send the PRO Act to my desk so we can seize the opportunity to build a future that reflects working people’s courage and ambition, and offers not only good jobs with a real choice to join a union—but the dignity, equity, shared prosperity, and common purpose the hardworking people who built this country and make it run deserve,” Biden said in a statement before its approval by the House.

Rep. Henry Cuellar (D-Texas) was the lone Democrat to oppose the measure.