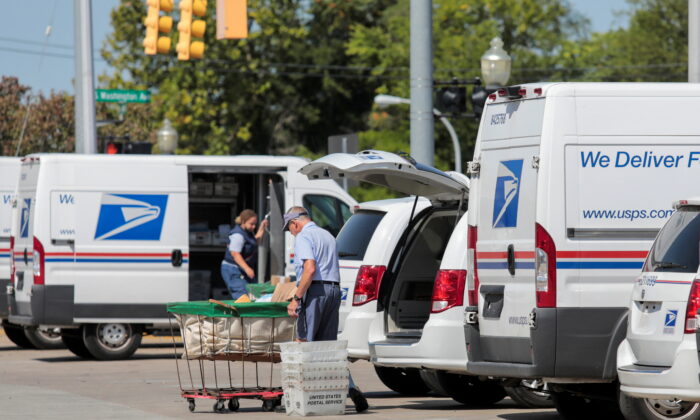 The House of Representatives approved bipartisan legislation on Feb. 8 that would overhaul the U.S. Postal Service’s finances and operations, providing it with “stability” and enhancing its services after years of financial turmoil.

The Postal Service’s financial condition (pdf) has been steadily deteriorating over the past decade owing to a number of factors, with the service incurring its 14th consecutive net annual loss in 2020.

The USPS on Feb. 8 reported a net loss of $1.5 billion for the quarter ending Dec. 31, which it said was in part due to soaring inflation levels across the United States that have weighed on its operating expenses, including the surging costs of energy and fuel expenses.

The agency is currently implementing a recovery plan to reverse those losses over the next decade.

But officials have warned that even if the Postal Service continues to default on mandated payments, it would likely run out of cash to fund its operations before 2023 and will be “fully depleted” by the 2030 fiscal year (pdf).

“This bill is an agreement to fix some of the serious problems that have been looming over the Post Office for years and threatening its financial stability,” said Rep. Carolyn Maloney (D-N.Y.), one of the lawmakers leading the legislation.

Specifically, H.R. 3076 would provide the Postal Service with the critical financial help it needs, giving it around $50 billion in financial relief over a decade.

The legislation would remove the Postal Service’s costly existing requirement to pre-fund retiree health benefits, something it has been required to do for its employees even if they don’t actually serve until they retire.

“No private company or other federal government entity is required to comply with such a burdensome requirement,” lawmakers said.

Removing that requirement is projected to save the USPS around $27 billion over a decade.

It would also mandate that the service continue to deliver at least six days each week.

The new measure now heads to the Senate, where Majority Leader Chuck Schumer (D-N.Y.) said he’s planning to schedule a vote before a recess that starts after next week.

“With the House voting overwhelmingly for postal reform I intend for the Senate to take up and pass the bill before this work period ends,” Schumer wrote on Twitter. “It’ll improve service for millions who rely on the Postal Service for medicines, essential goods, voting, correspondence, & their livelihoods.”

President Joe Biden has also signaled he will sign the bill into law.

The Biden administration said in a statement (pdf) that it “supports efforts to strengthen the U.S. Postal Service, including by providing postal employees with the dignity, fair pay, and employer-provided benefits they have earned.”

“The administration is committed to ensuring that the Postal Service delivers the highest quality, most reliable service possible to every American. This legislation would advance these goals in several ways,” the statement reads.

In general, USPS doesn’t receive taxpayer funding, but it was granted a $10 billion loan by Congress in 2020 amid the COVID-19 pandemic, which Congress opted to forgive.

Postmaster General Louis DeJoy apologized in 2021 for mail delays that Americans across the nation had been seeing for months. He had faced heavy criticism over changes he made to the Postal Service, including mail slowdowns and reducing hours in an effort to stem the agency’s losses.

DeJoy at the time told the House Oversight and Reform Committee in Washington that the service “fell far short of meeting our service targets” during the holiday season and that “too many Americans were left waiting for weeks for important deliveries of mail and packages.”

“This is unacceptable, and I apologize to those customers who felt the impact of our delays,” he said, adding that officials would “strive to do better in our service to the American people, and we will do better.”