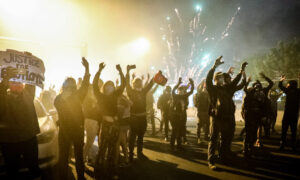 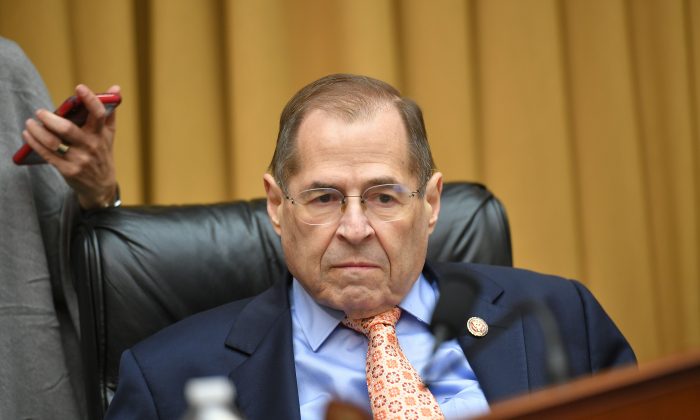 House and Senate Judiciary Committees: Urgent Need to Reform Police Use of Force

The brutal killing of George Floyd in Minneapolis by police has U.S. lawmakers mapping out the quickest way to reform police use of force. Representatives and Senators want to create legislation that will help stop police brutality.

House Judiciary Committee Chairman Rep. Ralph Nadler (D-N.Y.) announced Thursday that his committee would hold a hearing June 10 where they will delve into the issues of racial profiling and police brutality. The members will hear from witnesses about what is happening with current police practices and how trust can be reestablished.

“Millions of Americans peacefully protesting police brutality have made their voices heard: the need for real change in policing has never been more urgent. @HouseJudiciary’s June 10th hearing will allow us to craft legislation and deliver change,” wrote Nadler.

“The House Judiciary Committee is working very closely with the Congressional Black Caucus to determine the best path forward to address police brutality and racial inequality. Yesterday, we held a listening session to hear recommendations from the CEOs of national advocacy organizations,” Nadler said in a statement.

Nadler said that the witnesses will include, “community leaders, advocates, academics, and law enforcement. We are reviewing legislative proposals and will consider legislation in the coming weeks.”

Meanwhile, Chairman Lindsey Graham (R-S.C.) of the Senate Judiciary Committee announced last week, that his committee will be holding a hearing to address the police use of force so that no other person will be brutalized like Mr. Floyd.

“I have just spoken with Senator Feinstein, the Ranking Member on the Senate Judiciary Committee, about the horrific death of George Floyd while in police custody in Minneapolis. Both of us are appalled at what we saw and believe it is important to have a hearing as soon as possible as to how to combat this outrage,” said Graham in a statement.

“The Committee intends to call a wide variety of witnesses on the topics of better policing, addressing racial discrimination regarding the use of force, as well as building stronger bonds between communities and police,” added Graham.

Minnesota State officials, Attorney General Keith Ellison and Department of Safety Commissioner John Harrington convened a task force, 4 months before the Floyd incident, to discuss how to reduce the number of deadly force encounters with police.

The working group held four state-wide public hearings and a handful of listening sessions to get testimony from those affected by excessive use of force by police, including family members of people killed by police and law enforcement training experts.

The Group listed 28 recommendations and 33 “action steps” in the report put out in February for the state government, local police departments, and an officer training board to carry out.

The report makes mention of making “sanctity of life” a core value that all police adhere to and reads, “Require officers to intervene, when appropriate and safe, when witnessing unreasonable use of force.” It continues, “Require force used by officers to be reasonable, necessary, and proportionate.”

In the killing of Floyd, there is a national consensus that brutal and excessive force was used and that the police officers involved in the brutality should be prosecuted to the fullest extent of the law.

“The video we’ve all now seen is distressing and hard for anyone to watch. It’s also hard for any of us to even begin to understand how something like that could occur and to occur in such a seemingly oblivious way. We cannot accept it or excuse it,” read a statement by the National Police Foundation.