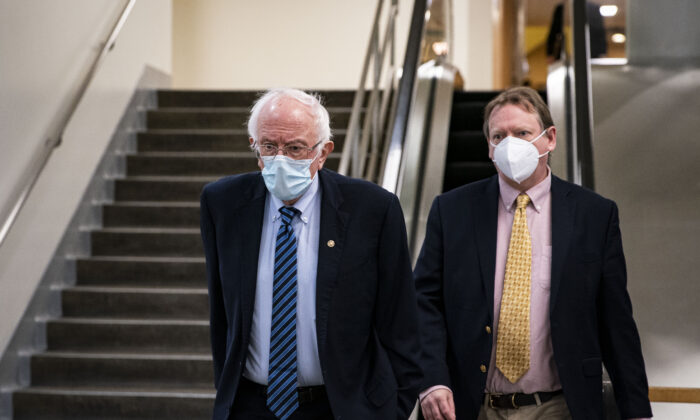 Sen. Bernie Sanders (I-Vt.) departs following a vote in the subway of the U.S. Capitol in Washington on Feb. 23, 2021. (Al Drago/Getty Images)
By Joseph Lord