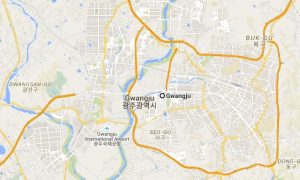 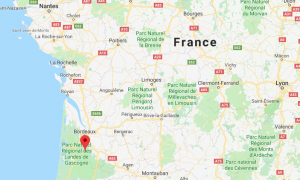 A newborn baby boy, a few hours old, was rescued from inside a trash bag just minutes before he was going to be thrown into a garbage truck after a scrap collector happened to hear his cries.

They said they were inundated with offers of adoption from as far as Portugal, England, and the United States.

The baby, weighing 4 pounds, 6 ounces was uninjured. He was taken to a hospital in Verulam on Jan. 14, where he received treatment for an infection.

The baby’s mother was tracked down the same day, and according to the security unit that found the baby, she was charged with Child Abandonment and Attempted Murder.

The newborn was found by members of a private security firm—Reaction Unit South Africa—that operates in parallel with the police, after a passerby reported the cries of a baby coming from piles of refuse.

“We received a call from a member of public requesting assistance after a local scrap collector heard a baby crying in a bin packet that was tied and dumped on the side of the road,” said police spokeswoman Col. Thembeka Mbele, according to Times Live.

“Upon arrival medics found the baby in the bin packet wrapped in a denim garment. They cut the umbilical cord which was still attached to the placenta. The child was examined and found to be free of injury.”

“The occupants of the truck were in the process of uplifting bin bags which were left for collection on the roadside. Had the child not been found in time he would have been thrown into the back of the truck.”

RUSA, which operates as a police unit stand-in, began to question local residents, and eventually tracked down the child’s 31-year-old mother. The woman was publicly named by RUSA on social media, but local media have withheld her name from reports, to protect the identify of her son and her two other minor children.

She was arrested and appeared in court on Jan. 16 and is due to appear again on Jan. 30, according to Times Live.

RUSA said that it had received several anonymous phone calls from family members of the suspect, trying to intimidate them.

In a statement, RUSA said they had also received around 420 phone calls and social media messages from the public.

“Several emails were also received from the USA, London, Portugal, & other parts of Europe offering to adopt the baby.”

According to Times Live, the mother told RUSA officers that she had concealed her pregnancy from her parents for nine months because of her children being from two different fathers.

A RUSA statement said, according to Times Live, “After going into labor [on Monday morning] she managed to naturally deliver the baby in her bathroom while her 11-year-old son and 9-year-old daughter were at school and her parents were at work.”