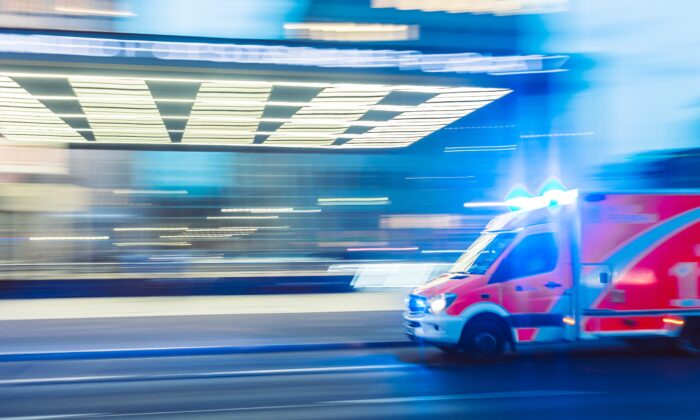 Hours After Indiana Mall Shooting, Help Delayed for 4 Nearby Victims

Hours after gunfire erupted at a shopping mall in Greenwood, Indiana, killing four people on July 17, a volley of shots rang out in a Beech Grove public park. At the time, Beech Grove medics were still assisting with the aftermath of the shooting at the Greenwood Park Mall, seven miles away. That left four Beech Grove victims waiting about 20 minutes for ambulances, at least twice the usual response time to most scenes, the city’s deputy police chief, Tom Hurrle, said.

“We have come to grips with the fact that all public safety is hurting for personnel,” Hurrle said, adding that it’s fortunate that no one died because of the delayed medical response. But he worries “maybe we won’t be as lucky” if a similar situation recurs in the Indianapolis suburbs.

Three people were wounded, and one died in the Beech Grove incident, which was reported around 9:25 p.m. at Don Challis Park, Beech Grove. Hurrle said the driver of an SUV was preparing to transport one or more wounded people just as medics from neighboring communities arrived. Hurrle said faster arrival of ambulances would have made no difference for Brandon Herron-Newton, 20, who died at the scene. He was the first homicide victim of 2022 in Beech Grove, a city of about 15,000 people that rarely sees slayings. “I don’t even know if we would average one [a year],” Hurrle said.

The other victims survived, including Rosalina Vaughn, 19, who suffered a gunshot wound to the head, a police report says. Hurrle said the bullet went through the back of Vaughn’s head and exited through her cheek. Vaughn initially was in critical condition but is believed to be recovering well despite the seriousness of her injury, Hurrle said. Also wounded were an unidentified 16-year-old boy and Myona Hollins, 20.

At the park, officers confronted a complex situation. Besides trying to assist multiple shooting victims, police needed to corral about 40 witnesses so they wouldn’t just walk away without being questioned, Hurrle said. The violence followed a vigil in memory of a man who had passed away. For some reason, a couple of women got into an argument; others intervened and separated the pair. But at least two or three people drew weapons and opened fire. No one was wounded by those initial rounds, as far as police know, Hurrle said. However, a second round of shots was fired, hitting the four victims, when occupants of a newer-model white Toyota Camry came out with guns blazing. Dozens of rounds were fired.

On July 21, police were still trying to track down the gunmen. Three people fled in the Camry, and at least two are believed to have fired shots, Hurrle said.

Hurrle said he and his department are grateful for the help they received from several neighboring police agencies. “One thing that’s helpful for us is [that] we share the same radio channel; we can all hear each other,” so other departments were immediately aware of the circumstances in Beech Grove.

The incident underscores the importance of “tactical medicine” that the police department began emphasizing some time ago, Hurrle said, equipping police to render medical aid if ambulance crews are not immediately available. “We updated our First Aid kits and added tourniquets and chest seals, so police are able to provide more than just a Band-Aid,” Hurrle said.

Beech Grove Mayor Dennis Buckley decried the violence and called for action. During a July 18 news conference, Buckley said he is a gun owner, and he’s puzzled as to “why someone would go into Greenwood mall and open fire with a long rifle. I don’t get it; I don’t understand.” He also couldn’t understand why people fired weapons at Beech Grove park. “We are a good city, but sometimes evil finds us,” he said.

Buckley said the Peace Walk for Marion County, set for July 30, is taking on added significance. The event, set for 10 a.m. in the Sarah T. Bolton Park, along the Franciscan Trail, is intended “to promote and encourage peace in the streets,” a flyer says.