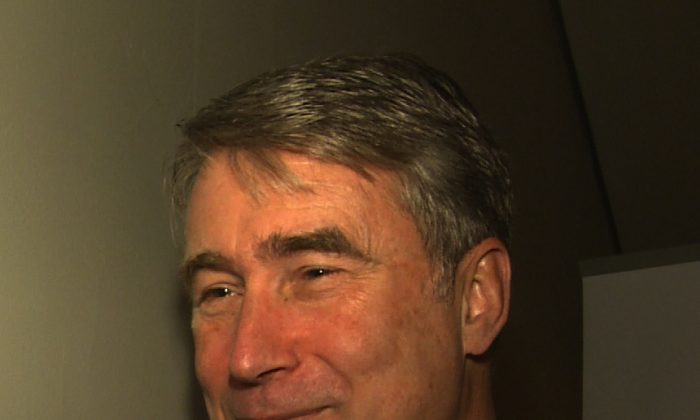 Hotel Manager on Shen Yun: ‘It exceeded my expectations’

OTTAWA, Canada—Having been invited to attend a Shen Yun performance for many years and after hearing many rave reviews, Lord Elgin Hotel manager David Smythe finally decided to see the show for himself, catching the final performance in the company’s Ottawa run at the National Arts Centre on Sunday.

“I’ve heard about it for many years, about how impressive the costumes [are], how professional the dance is,” Mr. Smythe said. “It exceeded my expectations of what I had already heard. It’s a beautiful show, beautiful.”

New York-based Shen Yun Performing Arts portrays China’s authentic traditional culture, representing many of the country’s diverse regions and ethnic groups. It makes for a performance that is dynamic and truly representative of China’s long history.

This is an aspect of the show that stood out for Mr. Smythe, who found the range of the performance fascinating.

“Well, I just found a better understanding of the traditional dances of China and the different regions and ethnic groups within China,” he said.

China was once known as the “Land of the Divine,” a title that has its root in the Middle Kingdom’s spiritual civilization that has lasted for thousands of years and guided its evolution and growth.

Principles such as benevolence and justice, propriety and wisdom, respect for the heavens, and divine retribution are the foundation of traditional Chinese culture and are integrated throughout Shen Yun’s performances.

“And it’s really fascinating throughout the world, throughout history, how many cultures believe in this, including many in Canada. So it’s really quite interesting.”

Pleased to have finally seen Shen Yun this year, Mr. Smythe offered his praise for the performance adding, “I would certainly recommend it to a friend, absolutely. It’s unique.”

New York-based Shen Yun Performing Arts has three touring companies that perform simultaneously around the world. Shen Yun’s New York Company will be in Montreal Jan. 3-6 before going on to Quebec City, Toronto, and other cities in Eastern Canada.