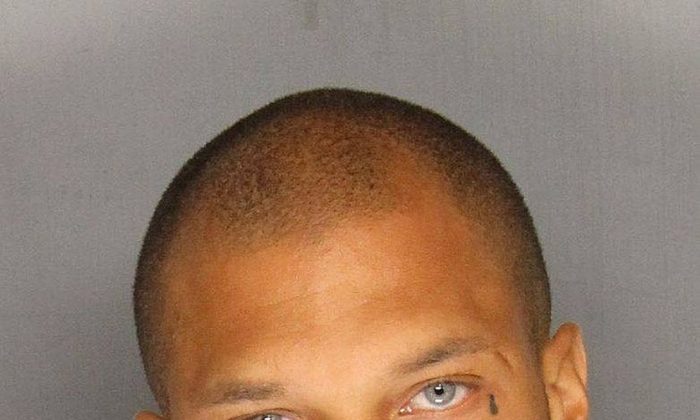 Jeremy Meeks, the “hot mugshot guy” who went viral back in 2014 due to his exotic looks has been released from jail—and is now starting a career in modeling.

I’m overwhelmed and grateful for what lies ahead.
— Jeremy Meeks

The 32-year-old recently posted a picture on Wednesday March 9 on his official Instagram account (he has over 170 thousand followers on Instagram) with Jim Jordan of White Cross Management, and a caption that says: “I want to thank my family and everybody for all your love, support, and prayers, I’m overwhelmed and grateful for what lies ahead.”

I want to thank my family and everybody for all your love, support and prayers. I’m overwhelmed and grateful for what lies ahead. I’m ready @jimjordanphotography and @whitecrossmanagement #jeremymeeks #jimjordan #whitecrossmanagement

White Cross’s Jordan told ABC News last year that he planned to get Meeks involved in modeling and reality shows, while searching for endorsement deals too.

Early 2015, Meek introduced Jordan as his new manager in an Instagram post, while he was finishing up his time in a Nevada prison.

He served a 27-month sentence for felony weapon charges after being arrested in a gang sweep called Operation Ceasefire in Stockton, CNN reported.

It seems like Meeks is ready to explore his options but doesn’t seem to be blinded by the opportunities ahead of him. While incarcerated, he was counting down days he’d be release from jail so that he could finally reunite with his wife and children.