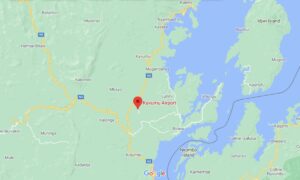 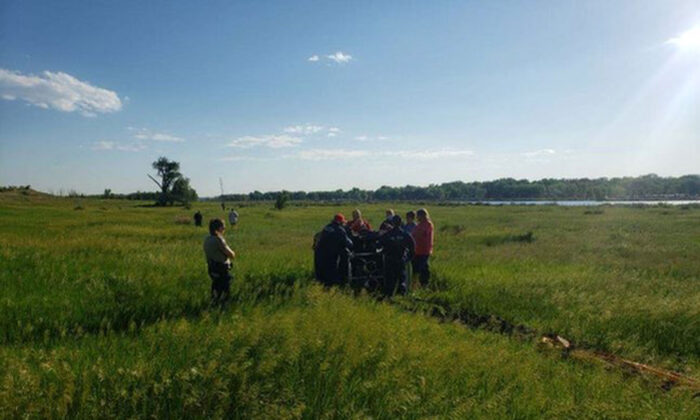 A group gathers at Chatfield State Park where a hot air balloon crashed, outside Denver, Colo., on June 20, 2021. (Courtesy of Colorado Parks and Wildlife)
Crime and Incidents

Three other people were considered to be OK following the crash near Swim Beach at Chatfield Reservoir, according to the Jefferson County Sheriff’s Office.

“Believe a strong gust of wind caused the balloon to crash,” the sheriff’s office said in a Twitter update.

“Scene is cleared and Chatfield State Park has remained fully open and operational for Father’s Day.”

The sheriff’s office initially announced shortly before 9:30 a.m. local time that deputies were at the scene of the collision, which occurred on land at the Colorado reservoir.

The crash occurred to the southwest of the gravel ponds at Chatfield Reservoir, said Colorado Parks and Wildlife organization, describing the incident as an “Unfortunate accident.”

Photos shared on Twitter by the organization show people huddled together at the scene in a grassy area of Chatfield State Park.

Chatfield Reservoir is located about 23 miles south of Denver.

In an update Sunday morning, the sheriff’s office said Colorado Parks and Wildlife and South Metro Fire Rescue assisted in clearing the scene following the incident.