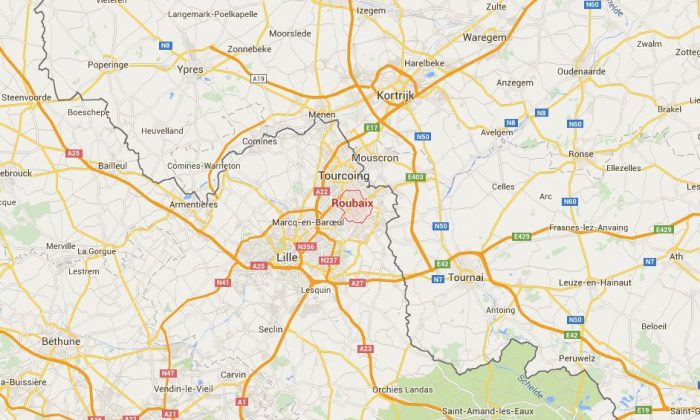 A hostage situation is unfolding in Roubaix on Nov. 24, located in northern France near Belgium. Shots have been fired, reports say. Medical service personnel in the area indicate several people have been wounded.

UPDATE at 4:20 p.m. – A police operation is still under way and an area of Roubaix was cordoned off.

UPDATE at 3:10 p.m. – Nordeclair said a family was being held hostage inside a home in the city. Witnesses heard shots fired at around 6 p.m.

UPDATE at 3:00 p.m. – Local authorities told the BBC the hostage situation isn’t related to the Paris attacks on Nov. 13 that left 130 people dead.

UPDATE at 2:45 p.m. – Later local French reports said armed men were holed up in a service station along with several hostages. Early reports said one man was armed with a Kalashnikov assault rifle.

Local French reports suggest a robbery may have been the motivation for the hostage situation. The SWAT team was called in.

France and Belgian authorities have been carrying out raids across their respective countries in the wake of the deadly Paris terrorist attacks that left at least 130 people dead on Nov. 13.

It’s unclear if the hostage situation in Roubaix is related to the terrorist attacks.

Belgian Foreign Minister Didier Reynders told ABC News on Nov. 24 that there might be an attack involving “heavy weapons” and “suicide bombs” in relation to the terrorist attacks.

Currently, Schools and subways in Brussels are closed down.

“It’s impossible to say that we had 130 dead people or more in Paris and it was a success for all the services, for the security services,” Reynders added. “We need to do more and more.”

Brussels will remain on the highest possible terror alert until next Monday.

Of the more than 300 people injured in the attacks, 161 are still in the hospital, including 26 who are in intensive care, ABC News reported.

France announced police carried out 1,000 searches and raids since the country’s state of emergency was implemented right after the terrorist attacks.

Belgian authorities also announced that they have arrested four accomplices in the Paris attacks and are seeking a fifth.