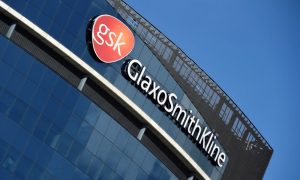 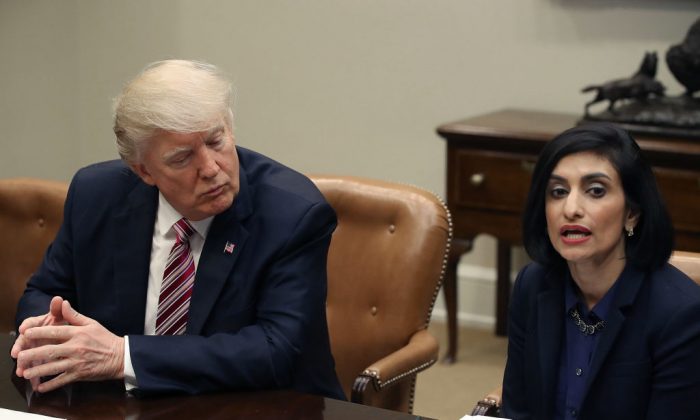 President Donald Trump listens to Seema Verma, administrator of the Centers for Medicare and Medicaid Service, during a Women in Healthcare panel in the Roosevelt Room at the White House in Washington on March 22, 2017. (Mark Wilson/Getty Images)
US News

A rule change announced in August that will require hospitals to list prices online and update the prices annually will start on Jan. 1.

Previously, hospitals only needed to provide standard pricing to people upon request.

The updated guidelines require hospitals nationwide to list the standard prices online in a machine-readable format, according to the Centers for Medicare and Medicaid Services.

Hospitals are required to update the information at least once a year, or more often as appropriate.

“This one is one of the most overlooked aspects of using the health care system. We rarely make purchases without knowing how much something will cost, and we shouldn’t do that with medical care, either,” Garrett Ball, a Medicare insurance agent, told Policy Genius last year.

Sometimes the cheapest option isn’t the best, though, experts noted.

Seema Verma, head of the Centers for Medicare and Medicaid Services, said the new transparency requirement for online prices is in line with the Trump administration’s ongoing efforts to encourage patients to become better-educated decision-makers regarding their own care.

“We are just beginning on price transparency,” Verma told the Associated Press. “We know that hospitals have this information and we’re asking them to post what they have online.”

Verma said in a speech in July at the Commonwealth Club of California that the administration has future plans in the transparency arena.

“This is a small step towards providing our beneficiaries with price transparency, but our work in this area is only just beginning,” she said.

“Price transparency is core to patient empowerment and making sure American patients have the tools they need so they can make the best decisions for them and their families.”

A study in 2017 from Duke University found that most people searching online for how much they’d pay for a medical procedure couldn’t find accurate pricing.

“Our findings really underline how difficult it can be to find the information patients need to be informed consumers,” said fourth-year medical student Allison Kratka, the first author on the study, in a press release. “It is labor intensive to find the sites, many require subscriptions, and the reliability of the pricing information contained in the sites is difficult to assess.”

“There is a disconnect between policies that seek to encourage people to be smarter consumers and the availability of information that allows them to make the most cost-effective decisions,” added Peter Ubel, a professor at Duke University’s Fuqua School of Business. “Policymakers who want consumers to participate in controlling costs need to ensure that prices are available to the average person.”

The study was published as a research letter in JAMA internal medicine in December 2017.