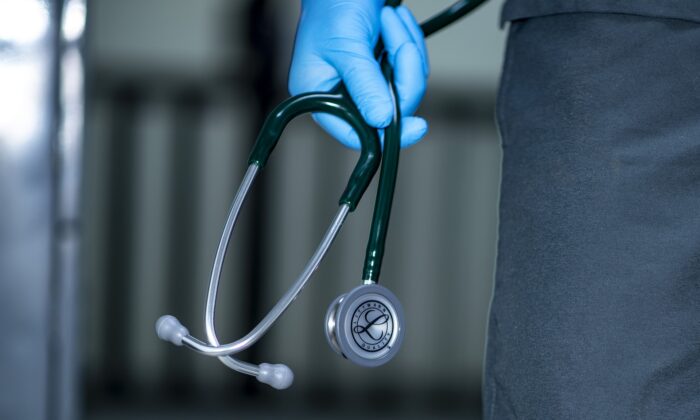 Hospitals Need to Defer to Families on Life-and-Death Issues

Hospitals need to back off their authoritarian “we know best” posture and respect what a patient’s family wants.

At 10 a.m. Saturday, Royal London Hospital stopped life support for 12-year-old Archie Battersbee, against his parents’ wishes. He was dead by 12.15 p.m. Millions had followed his case since April, when his mother found him unconscious on the floor.

Apparently, he took a dangerous dare promoted on TikTok to hold his breath until he blacked out. Archie damaged his brain and never regained consciousness.

Watching Archie’s family battle the medical establishment raised a troubling question: Will imperious hospital personnel get to dictate when the plug is pulled on someone you love? Hospitals are cutting lives short, defying families.

After Archie spent months on a mechanical ventilator, his parents wanted to move him to hospice, at private expense. But the hospital refused to release him, instead insisting on terminating life support.

With the aid of the Christian Legal Centre, the parents went to court to stop what they considered an execution. They argued that Archie’s heart was still beating and tests confirming brain death had not actually been done.

The British High Court sided with the hospital.

Archie’s fate resembles the death of another British child, 23-month-old Alfie Evans, in 2018. Pope Francis was ready to take Alfie to a facility in Rome for brain-damaged children. An air ambulance stood by, but the hospital refused to allow the transfer and ended the toddler’s life instead.

British courts ruled that “the hospital must be free to do what has been determined to be in Alfie’s best interests.”

That’s a phrase hospitals in the United States and the UK use often to override what parents want.

What happened to these British families can happen here, too. On rare occasions, parents take their fight to court.

New Jersey is one of the most flexible states, allowing families with religious concerns to continue life support. When teenager Jahi McMath suffered a brain injury during a tonsillectomy at Children’s Hospital in Oakland, California, the hospital declared her brain dead. Jahi’s Christian parents went to court to keep her on life support and won the right to move her to New Jersey. They sold their house to support her care there.

Since 1981, federal law has defined “death” to include irreversible cessation of brain function, even if the heart is still beating. New York and most states use that definition but encourage hospitals to offer a “reasonable accommodation” for families’ concerns and religion.

Hospitals don’t always comply. Families need to know they can push back, and even go to court to buy time. One New York mother asked for a few days with her brain-dead 3-year-old daughter, because once her daughter is gone, “she is gone forever.”

Battling a hospital’s legal team is daunting and expensive, but religious and right-to-life groups often help.

Besides, who knows a child’s best interest better than parents?

Hospitals argue that pulling the plug preserves the patient’s “dignity.” Archie’s parents were told that nonsense. As a family friend at Archie’s bedside said, “There is absolutely nothing dignified about watching a family member or child suffocate.”

Hospital staff are not intentionally cruel, but they become inured to death and impatient with families.

Beware when they claim ending life is “immensely complex” and appropriately left to experts, as they said about Archie.

The Hippocratic Oath, though somewhat out of fashion, spells out what a doctor should do: “I must tread with care in matters of life and death …. Above all, I must not play at God.”

The medical establishment needs to follow that timeless advice and help families deal with death on their terms.