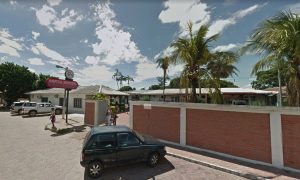 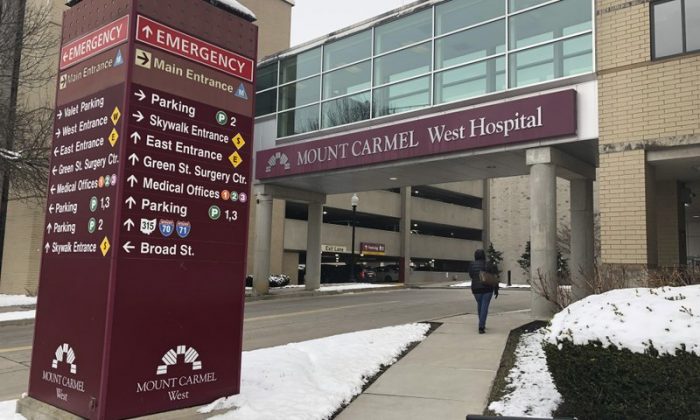 In this Jan. 15, 2019 file photo, the main entrance to Mount Carmel West Hospital is shown in Columbus, Ohio. The Columbus-area Mount Carmel Health System said a doctor's orders for potentially fatal doses of pain medicine given to over two dozen patients were carried out by what he calls "a small number of good people who made poor decisions." Mount Carmel Health System said it fired the intensive care doctor, put six pharmacists and 14 nurses on paid leave pending further review and reported its findings to authorities. (AP Photo/Andrew Welsh Huggins, File)
US News

COLUMBUS, Ohio—An Ohio doctor’s orders for potentially fatal doses of pain medicine given to at least 27 hospital patients were carried out by employees who “made poor decisions” and ignored existing safeguards, a top administrator told staff in an internal video.

“Sadly, our investigation revealed some of our colleagues did not meet our standard of care,” President and CEO Ed Lamb said in an internal video message last week to employees that was obtained by WBNS-TV . “The actions that created this tragedy were instigated by this physician and carried out by a small number of good people who made poor decisions. They ignored the safeguards we have in place.”

Mount Carmel has notified affected families of the deceased patients .

The announcement involving patients from the past few years raised questions about whether drugs were used to hasten deaths intentionally or possibly illegally. It also spurred at least four lawsuits alleging patients died because hospital employees either negligently or intentionally gave them inappropriately large doses of the powerful painkiller fentanyl, unbeknownst to the patients’ families.

Mount Carmel said all the patients were near death but the dosages were significantly larger than necessary to provide comfort. However, some of the families suing the hospital, Dr. William Husel and other staff who approved or administered the drugs are questioning whether relatives were given accurate information about the graveness of their loved ones’ conditions.

A wrongful death lawsuit filed Jan.  22 over the March 2015 death of 65-year-old Jan Thomas also accuses Husel of fraud, alleging he withheld information about Thomas’ prognosis, led her family to believe she would die naturally after being removed from life support, and didn’t disclose that she would receive lethal fentanyl.

The Ohio Department of Health is investigating on behalf of the U.S. Centers for Medicare and Medicaid Services, and the Franklin County prosecutor confirmed a local investigation.

Husel’s work also is under internal review by the Cleveland Clinic, where he was a supervised resident from 2008 to 2013. The medical center said its preliminary review found his prescribing practices were “consistent with appropriate care.”

Twenty-six of the 27 patients were at Mount Carmel West, the system’s flagship hospital just west of downtown in the lower-income Franklinton neighborhood. The site already was a source of community concern in recent years after Mount Carmel announced it would move inpatient services and hundreds of employees to a new hospital in suburban Grove City this year, leaving some residents near West concerned about the impact on businesses, development and access to medical care.