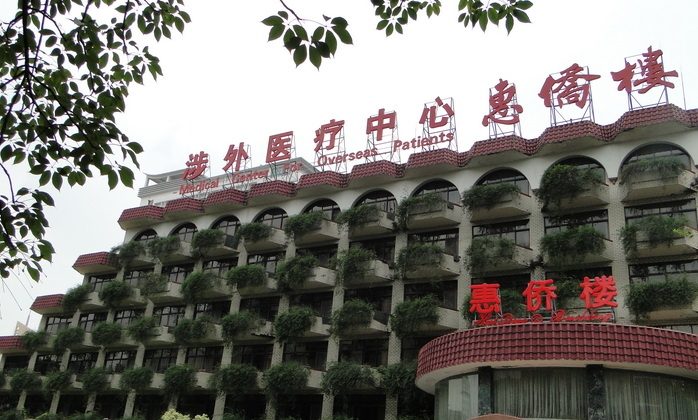 Throughout the 1980s, Chinese authorities ran a secret hospital at the base of Baiyun Mountain in China’s south, where death row prisoners were executed and their organs made available for transplant into the bodies of overseas Chinese, according to the testimony of a former official.

The former official, identified by the alias of “Mr. Wang,” recently spoke to Epoch Times in New York about his experiences and knowledge. As a former cadre in the Guangdong Province Returned Overseas Chinese Association, he had opportunity both to visit the hospital and speak to those who had worked and stayed there as patients.

Overseas Chinese Associations are groups, often attached to the Chinese regime, that the Communist Party may use to penetrate and manage the Chinese population overseas, ensuring that they maintain a patriotic stance toward the regime. This is a mission that has been part of the regime’s activities for decades.

The All China Federation of Returned Overseas Chinese is directly under the control of the Party. On its website it calls itself “a link between the party and government to overseas Chinese, their family, and returned Chinese.”

According to Mr. Wang’s testimony, a number of returnee Chinese in Guangdong Province were also able to access organs for transplant—and transplant organs in China have always been from executed prisoners. A voluntary donation system was not established until very recently in China, and even then it is dwarfed in size by the executions of prisoners for their organs.

Shooting in the Back

Mr. Wang said that when he was in China he knew a military police officer called Hou Yuwu. “He told me that he shot the prisoners from the back, aiming his shot so that it missed the prisoner’s heart by a little, for the purpose of getting his organs. The shot did not damage his heart or lungs.”

Prisoners were then given an injections, so they would be unable to speak, and then the surgeons went to work—the victim often still alive. “It must be so painful before the prisoner actually died,” Mr. Wang remarked.

That there would be a hospital for overseas Chinese, the likes of which described by Mr. Wang, corresponds with on the record comments by Chinese officials, and official policy.

According to the Yangcheng Evening News, for example, Ye Jianying, one of the revolutionary leaders of the Communist Party, said in October 1979 that Guangdong Province would receive preferential economic reform policies—among them the establishment of a hospital for overseas Chinese.

Nanfang Hospital, with its military background, thus became the first in China to cater to overseas Chinese, in particular those in Hong Kong, Macau, and elsewhere, and including those who had returned to live in China. The organ transplant building is located at the foot of Baiyun Mountain in Guangdong Province, above a military air-raid shelter.

The Nanfang Hospital did not immediately respond to a request for comment on Mr. Wang’s allegations.

Mr. Wang, the former official, said he once spent time in the Huiqiao Building at Nanfang Hospital. “I had relatives who stayed in the Nanfang Hospital for two months after a car accident. So I saw with my own eyes that there were many transplant patients. These patients took a lot of immunosuppressant drugs after surgery and they were very weak.”

Immunosuppressants, or anti-rejection drugs, are used by organ transplant recipients to prevent the body from adversely reacting to the newly implanted foreign organ.

“I remember once that a Mrs. Li from England said goodbye to me, telling me that her husband passed away during the recovery period after surgery,” Mr. Wang said.

“I was thinking: why did these people have liver and kidney transplants? I asked them where all these livers and kidneys came from. From pigs? From dogs? They told me they were from executed prisoners. It was an open secret,” Mr. Wang said.

After he got to know the staff at the hospital better, Mr. Wang said they told him how death row prisoners were taken out and shot, their organs harvested.

Later, Mr. Wang, while in Hubei Province, met a former staff member at Nanfang hospital, a Mr. Huang, who told him, “Organ harvesting is like killing pigs. You get what you need.”

Mr. Wang’s impression from his time at the hospital was that the military personnel that dealt in organ trafficking did so without compunction, and often joked about it, which he said gave him chills down his spine.

“It was a military zone back then. Nanfang Hospital had its hands on all the organs, and sold leftover organs to other hospitals. A lot of money was being made. Then these people from Nanfang Hospital would go to have a luxurious meal,” Mr. Wang said.

“They were like the demons in the novel Journey to the West,” he said, referring to the cast of evil supernatural beings in a famous Chinese story, who sought to eat the flesh of the monk Xuanzang, the main character.

He added that a number of children and relatives of some overseas Chinese saw the availability of organs at the Nanfang Hospital as an excellent opportunity to make money by acting as brokers. They would introduce the prospect to returned Chinese in need of an organ, whom they knew through the regime’s organizations, and tell them that the prisoners wanted to donate their organs in order to contribute to society.

“These overseas Chinese then unwittingly helped to commit a huge crime,” Mr. Wang said. “Making money by killing others.”