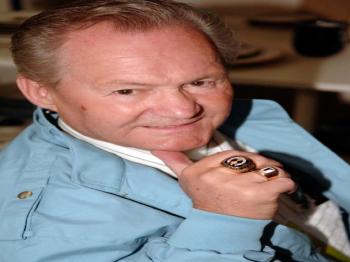 The Legend of Secretariat

By Cheryl Casati
Print
No horse has made a more lasting impression on the Triple Crown than one big chestnut colt called Secretariat. With each passing year since he won the Triple Crown, people invariably compare the current racing field to him.

After 25 years without a Triple Crown winner, this horse made it look easy. His heart stopping win of the 1973 Belmont Stakes, the final and longest race in the triad, is unmatched.

If you watched the YouTube video, you can feel the wonder and beauty of watching one of creation’s miracles in action. He briefly raced for the lead with another good colt, Sham, but then the big red colt took the lead and it was his race.

The crowd all stood to cheer and watch this phenomenal horse race into immortality. He kept pulling away from the field as if they were standing still. He opened up a distance of 31 lengths and set a new track record for the 1 1/2 mile Belmont Park finishing in 2:24, taking 2.60 seconds off the track record.

Later it was found he had set a new record for all 1 1/2 mile races.

His jockey, Canadian Ron Turcotte, just steered not asking for anything. Secretariat just gave. Turcotte let his horse run, never touching him, sitting quiet and still in the saddle. It was time for history to see what this horse really was all about.

Down the stretch, Secretariat was no longer racing other horses; he was running to run—quiet, smooth, and unmatched. Effortless, his legs were blurred, his white stockings looking like mist or clouds marking the movement of his churning legs. He ran as no other horse has run in racing history—before or since. The field behind him looked as if they were not even in the same race.