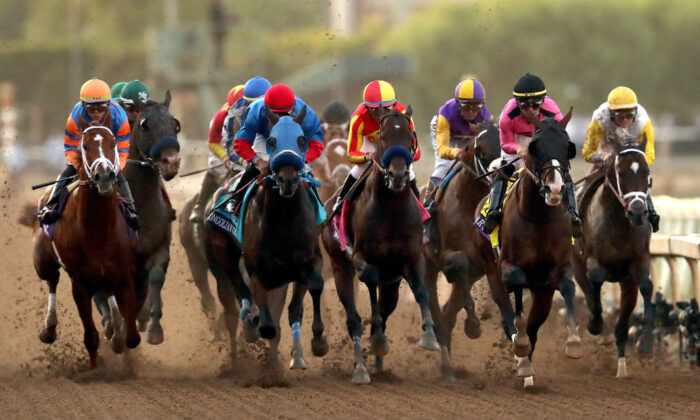 Echosmith, a bay gelding from Ireland, died Sept. 18, according to the California Horse Racing Board. He had 12 career starts and one first-place finish. His most recent race was a fifth-place finish at Del Mar Thoroughbred Club on Aug. 20.

Echosmith was owned by Benowitz Family Trust, CYBT, Michael Nentwig, and Ray Pagano. His trainer was Jonathan Wong and his jockey was Jessica Pyfer.

After the completion of Santa Anita’s winter-spring season in June, track officials hailed what they called major improvements in horse safety, and called the facility the safest track in North America compared to those with similar racing and training activities.

According to track officials and the California Horse Racing Board records, there were three racing fatalities at the track during the meet among more than 4,800 starters.

The board records show a total of nine equine deaths at the track during the winter-spring season.

A total of 42 horses died at the facility in 2019, sparking widespread debate about safety issues at the track and about horse racing in general. The uproar led to procedural and veterinary oversight changes at the park.

Racing will resume at Santa Anita on Sept. 30 for the five-week fall meet.