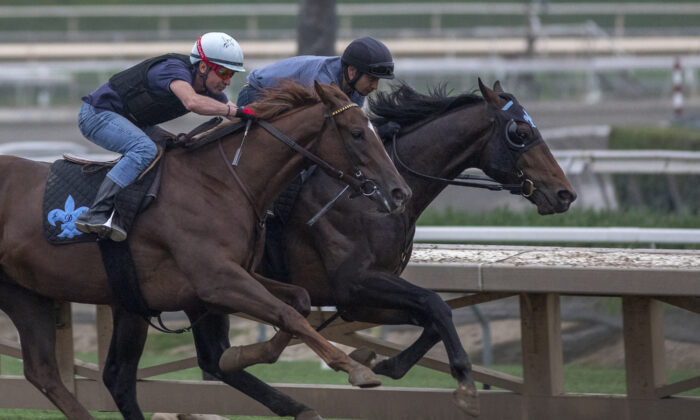 Magnolia suffered what was described as a “musculoskeletal” injury and was euthanized, according to the California Horse Racing Board and the track.

The fatally was the fourth at Santa Anita Park since the beginning of the year, according to the racing board.

Track officials noted that the four fatalities are a sharp dropoff from 2019, when 42 horses died at the facility, sparking widespread debate about safety issues at the track and about horse-racing in general. The uproar led to procedural and veterinary oversight changes at the park.

According to Santa Anita, 17 horses died at the track in 2020, and 12 died last year. Track officials said that even with Monday’s death, the track’s safety rate has improved by 43 percent compared to last year.

Of the four deaths at the track this year, three occurred during training and one during racing.

The most recent death occurred on April 17, when Royally Command, a 4-year-old filly, was injured during the fifth race and had to be vanned off the track.

Warren’s Showtime—a 5-year-old mare who had eight first-place finishes among her 26 career races—fell while exercising on Feb. 26 and was euthanized. Dylans Wild Cat, a 4-year-old filly with two career wins, died on Feb. 3.