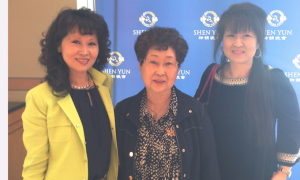 Nearly a hundred years ago, there was no choking smog, hardly any automobiles, and definitely no one-party rule in China—but certainly lots and lots of people in the capital. In response to a 14-minute video shared on the Chinese Internet showing what life was like in old Beijing, Chinese Internet users quickly pointed out how things had changed within a century.

The grainy video, which shows footage of Beijing taken between 1920 and 1929, originates from Library and Archives Canada, according to popular Chinese news portal Sina. Comparison with modern-day photos shows that some of the footage were shot at Deshengmen, the ancient city gate that was once part of Beijing’s northern city wall. The video indicates that it was an important gateway as many people on horse carriages passed under its arches. Now, it is a preserved landmark.

On the discussion section of Sina, some netizens quickly pointed out one stark contrast between now and before. One netizen from Shanghai wrote: “People bowed to each other in the past. They were more polite than people nowadays.”

“Compared to the present, the greatest loss is that people do not have etiquette anymore,” wrote a netizen going by the name “Liu Zhigang 29317” from Heilongjiang.

“It’s barely a hundred years, yet China hasn’t been able to preserve its traditions,” wrote “JKI Yesterday’s Evening Has Passed.”

In recent years, Chinese people have grabbed headlines around the world by behaving badly in public—dancing at tourist sites, getting into fights on airplanes, inscribing their names on ancient structures, and getting into shouting matches with airport staff. Part of the reason for the Chinese people’s lack of etiquette, say scholars of Chinese political culture, is decades of political indoctrination by the Chinese Communist Party.

See some key moments from the video below.

Men greet each other the old-fashioned way—a bow

Men play with a dog who thinks it’s human

Yup, horse carriages were once in vogue.