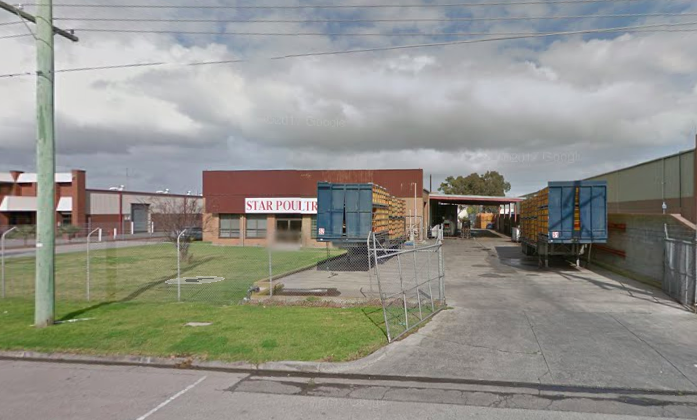 An Australian Abattoir is currently being investigated for possible animal cruelty after secret footage revealed chickens were being boiled alive.

The video obtained by Australia’s ABC News was taken at Star Poultry Supply slaughterhouse in Melbourne by animal rights campaigner Tamara Kenneally and a group of friends.

Kenneally told ABC 7:30 that the video was not a one-off and that chickens had been scalded to death ‘every single night we got footage’, which was taken over a course of four months.

The video shows free range egg-laying chickens hung by their feet onto metal shackles on a conveyor as they are transported on a conveyor, before being plunged into the boiling water while still conscious.

According to Royal Society for the Prevention of Cruelty to Animals Australia (RSPCA), egg-laying chickens are usually slaughtered at around 18 months old when they are considered “spent,” that is, when their egg production drops and they are deemed less profitable.

Industry regulations require chickens to be stunned and then immediately killed prior to entering the scalder.

“The footage is extremely horrific and very distressing to watch,” Hartcher said.

Despite the investigations, the slaughterhouse is allowed to continue operating.

Hartcher has questioned why Star Poultry is allowed to continue slaughtering chickens even though investigations are underway, reported ABC 7:30.

“We think that the abattoir should have been immediately shut down until all animal welfare risks can be avoided and any problems can be rectified,” Hartcher said.

“The abattoir shouldn’t have been running at all,” she added.

Related: USDA Petitioned to Include Poultry in Humane Slaughter Law

Industry regulator Primesafe, who is investigating the allegations, has referred the video to the state’s agriculture department, who is responsible for enforcing animal cruelty regulations.

“That complaint was investigated and substantiated by PrimeSafe due to breaches of Australian Standards. The business was subject to enforcement action and increased regulatory oversight until improvements in animal handling, including back-up slaughter, were implemented,” Primesafe said in a statement to ABC 7:30.

Warning: The following contains content some viewers may find distressing.