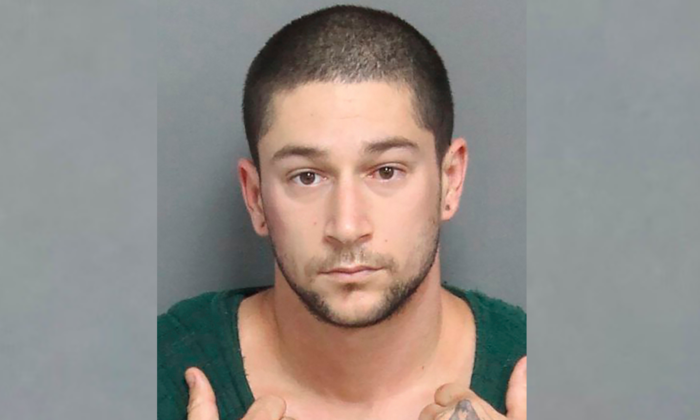 LAURENS, S.C.—A South Carolina man who killed a 2-year-old child found with bruises and bite marks all over his body and signs of sexual abuse has been sentenced to life in prison after agreeing to plead guilty.

When paramedics arrived at the Laurens home in June 2018, a dog was beside Brantley Justin Smith’s lifeless body and would not let anyone come near, The Index-Journal of Greenwood reported.

The boy’s 6-year-old and 8-year-old brothers told investigators they heard their brother’s screams all through the night when he was killed, Stumbo said.

Looper, 30, pleaded guilty to murder, first-degree criminal sexual conduct with a minor and two counts of unlawful neglect of a child. Prosecutors agreed to accept a life sentence without parole and not purse a possible death sentence as part of the deal.

Stumbo said he still thinks Looper should die for his crimes, but he accepted a plea deal because Looper offered to testify against his father, who investigators have recently determined abused Looper and his brothers when they were children.

“A negotiated life sentence will provide a unique opportunity to pursue a more complete justice for this family and our community,” Stumbo said.

William Harold Looper III, 51, was arrested Monday and charged with second-degree criminal sexual conduct with a minor, three counts of unlawful neglect of a child, a charge of committing or attempting a lewd act on a child, buggery and three counts of disseminating harmful material to minors. It wasn’t known if he had a lawyer.

Laurens County deputies released no details about the charges and Stumbo said he couldn’t give more information about the elder Looper’s charges because he is prosecuting that case, too.

The boy’s mother, 30-year-old Jessica Blake Smith, was working at Walmart when her son died. She had been dating William Looper for several weeks and was out of the house when most of the abuse happened, Stumbo said.

Smith is charged with homicide by child abuse and two counts of unlawful neglect of a child. Her case is still pending.

A family friend of the boy’s grandparents said his brothers are getting intensive therapy after the death and their mother’s arrest.

“We have no idea the horrors that Bobby and Brian endured and witnessed in their own home, but we know that they will never be the same after what they had to see and endure,” Diane Smith said as she read the family’s statement.

The abuse in this case was some of the most horrific deputies and prosecutors said they have even seen. Several sought counseling, Laurens County Sheriff Don Reynolds said.

“All too often, they deal with the worst of the worst,” Reynolds said. “They have to put their emotions in their pockets.”