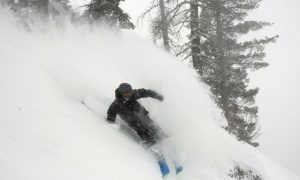 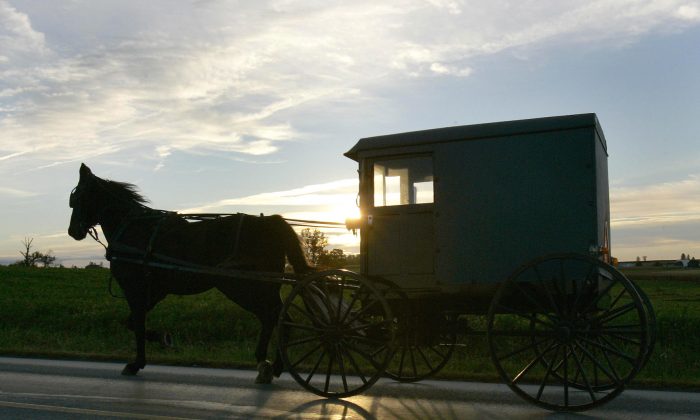 An Amish buggy makes its way down the road in the town of Nickel Mines, Pennsylvania, in a file photo. (Timothy A. Clary/AFP/Getty Images)
Crime and Incidents

Three children are dead and a fourth child is seriously injured following an accident involving a buggy and another vehicle on Sept. 18 in Eaton County, Michigan, according to local reports.

“It’s a horrific scene,” Eaton County Undersheriff Jeff Cook said. “It’s a horrible tragedy, and we’re doing our very best to conduct a full investigation and find out how this occurred and help the families involved.”

According to Cook, a passenger motor vehicle hit the horse-drawn buggy from behind.

“Upon arrival our deputies found there were four children who had occupied the buggy. Three of those children were found deceased. The fourth was seriously injured and transported to a local hospital,” Cook told reporters.

He said that a man who was driving the vehicle was taken to a local hospital for evaluation.

The three children were aged 6 to 13, and they weren’t accompanied by any other adult in the buggy, MLive reported.

One source told news outlet WLNS that the children were on their way home from an Amish school and that a bystander tried to help the children before emergency responders arrived.

Cook said he believes the children are Amish, but were not able to confirm that they were on their way home from school.

According to local reports, the highway was shut down for several hours while crews cleaned up and investigated. It has since reopened.

“It’s very difficult [for] all of our responders, deputies, EMS, witnesses [who were] at the scene—we all have children,” Cook said of the tragic incident.

“It’s difficult to measure the impact that this has on the families of these children … we are doing our very best to conduct a full investigation and find out how this occurred and help the families involved,” he added.

Eaton County Sheriff Tom Reich said in a statement, according to MLive: “Our hearts and prayers go out to the parents, who are enduring such unimaginable loss and grief, and also to their extended family and close community … We grieve with them.”