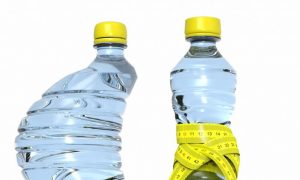 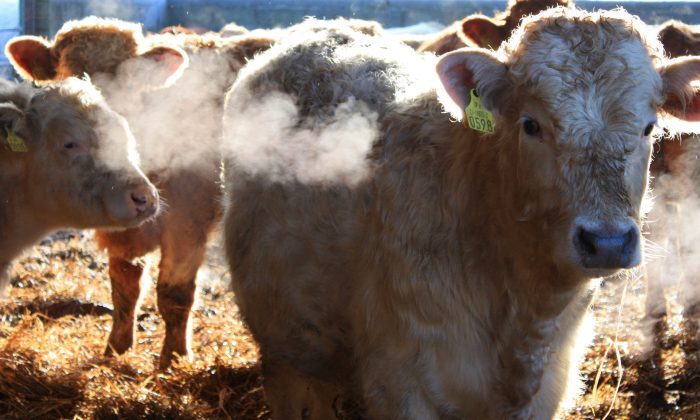 The study focuses on the environmental fate of trenbolone acetate, or TBA, a highly potent synthetic analogue of testosterone, used to promote weight gain in beef cattle. (Adrian Byrne/Flickr, CC BY 2.0)
Environment

Hormones for Cattle Stick Around in Streams

Scientists expect potentially harmful growth-promoting hormones given to cattle will persist in the environment at higher concentrations and for longer durations than previously thought.

“What we release into the environment is just the starting point for a complex series of chemical reactions that can occur, sometimes with unintended consequences,” says Adam Ward, lead author of the study and assistant professor in the Indiana University Bloomington School of Public and Environmental Affairs.

“When compounds react in a way we don’t anticipate—when they convert between species, when they persist after we thought they were gone—this challenges our regulatory system.”

Numerical simulations performed in this study can help to predict the potential impact of environmental processes on contaminant fate to more effectively understand the potential for these unexpected effects.

This study illustrates potential weaknesses in the US system of regulating hazardous substances, which focuses on individual compounds and often fails to account for complex and sometimes surprising chemical reactions that occur in the environment.

The study focuses on the environmental fate of trenbolone acetate, or TBA, a highly potent synthetic analogue of testosterone, used to promote weight gain in beef cattle. A majority of beef cattle produced in the US are treated with TBA or one of five other growth hormones approved for use in animal agriculture.

The compound and its byproducts are examples of contaminants of emerging concern called endocrine disruptors. In the environment they are capable of interfering with reproductive processes and behaviors in fish and other aquatic life.

TBA is implanted in the ears of beef cattle. The cattle metabolize the compound to produce 17-alpha-trenbolone, an endocrine disruptor that is chemically close to TBA. The metabolite makes its way to streams and rivers via manure that washes from feedlots or is applied to land as fertilizer.

The compound breaks down rapidly when exposed to sunlight, and regulators once thought this attribute greatly reduced its environmental risk. But a 2013 study by Cwiertny, Kolodziej, and others found that the breakdown products reverted back to 17-alpha-trenbolone in the dark.

This means that, instead of permanent removal in sunlight, the compound would be expected to persist in stream environments, returning to its earlier form overnight in the dark, shallow streambed where stream water mixes with groundwater, known as the hyporheic zone.

Ward and his collaborators set out to learn how much longer trenbolone may persist in the environment because of its unique reactivity, and whether this added persistence matters for aquatic ecosystems.

Using mathematical modeling techniques, they show that concentrations of TBA metabolites may be about 35 percent higher in streams than previously thought. And the compounds persist longer, resulting in 50 percent more biological exposure than anticipated.

That’s a problem, Ward says, because even very low concentrations of these powerful endocrine disruptors have been shown to have significant effects on stream life.

“These compounds have the potential to disrupt entire ecosystems by altering reproductive cycles in many species, including fish,” Ward says. “We expect impacts that extend through the aquatic food web.”

Studies by the US Geological Survey and other agencies have found endocrine disruptors to be present in many streams, rivers, and lakes, and several similar compounds have even been found in drinking water.

While TBA and its metabolites are the focus of the study, Ward says those compounds are representative of many others—suggesting it may be time to update regulatory approaches to better include a wide range of findings from modern research.

“Our focus on individual compounds has been highly successful in getting us where we are today, which is some of the cleanest water in the world,” Ward says. “The next step is thinking about unexpected reactions that occur in the environment and how we can manage the diverse group of potential products and their joint effect on the environment and human health.”

The National Science Foundation and the US Department of Agriculture funded the research. The researchers are also examining other compounds that may react in similar ways and looking at characteristics of streams and lakes that cause compounds to persist or accumulate, resulting in increased risk to ecosystems.