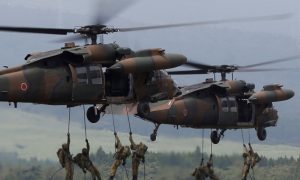 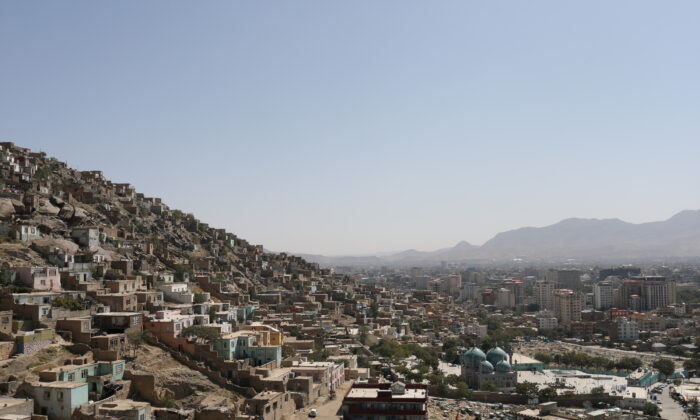 A general view of the city of Kabul, Afghanistan, on Sept. 5, 2021. (WANA via Reuters)
Viewpoints

It is not my purpose here to recount to readers as familiar with them as I am the cascade of bad decisions that shamed America in Afghanistan, led to the needless deaths of many people, strained the Western alliance, gravely jeopardized 20 years of social and economic progress in Afghanistan, and may have partially reopened Afghanistan as a nursery and breeding ground of international terrorist organizations.

There has naturally been great curiosity about whether the returning Taliban will simply try to take up where the Taliban of 20 years ago left off. A substantial majority of the citizens of Afghanistan are 20 years old or younger and now know nothing of the era when women were severely restricted and such justice system as there was consisted of largely uncorroborated denunciations followed by the severance of limbs or execution.

The fact that the former head of the country who was effectively installed by the United States and its allies, Hamid Karzai, has remained in Afghanistan and as far as is known has not been detained or threatened, is a positive fact. So is the continued presence in office of the mayor of Kabul; an American citizen and former United Airlines pilot. These are hopeful signs.

There have been probably reliable reports of vindictive and lawless acts, and it must be difficult for the new government to restrain the trigger-happy and vindictive instincts of all of its forces now ruling almost every town in Afghanistan without any of the customary restraints on their behavior that are imposed in more politically sophisticated countries.

When the United States departed altogether on Aug. 31, there was widespread expectation of the imminent slaughter of all those who had cooperated in any way with the 20-year NATO occupation, and dreadful acts of vengeance against prominent former collaborators, and it was assumed and predicted that the primitive misogynistic and aggressively ignorant society governed by the infamous Mullah Omar who tolerated Osama bin Laden setting up in the first place would spring instantly back to grim life again. It may, but there is little indication that it has.

Fox News is among Western media outlets that still telecast live from Kabul, and to judge from the street scenes in the interviews with ordinary people life is confused, but from the chaos of upheaval and not from terror and vengeance.

There are evident demonstrations by somewhat Westernized women; doubtless their protests and their demands are treated with contempt, but the demonstrators themselves are not physically intimidated.

The Taliban rule that we remember from 20 to 30 years ago in the period between the departure of the Soviet Union and the arrival of NATO was not one that would tolerate what they considered underdressed women on the streets demonstrating about anything.

There are also reports, both officially from the Afghan government and from Western news outlets relying upon their own contacts, of skirmishing between the Taliban and ISIS. This is certainly evidence that it is not the intention of the new government now to throw open the country to any terrorists who wish to enter, and it is unlikely that the Afghan government will wish to absorb the military responses of any countries whom guest terrorist organizations such as ISIS and al-Qaeda might choose to antagonize.

The Afghans almost certainly will not give a blank check to these terrorists again. They would know and presumably have been told that anything remotely resembling a repetition of 9/11 would lead to “over the horizon” retribution of extreme destructiveness, with no accompanying notions of boots on the ground with a civilizing, democratizing, and nation-building objective.

It has been revealed that there are direct and frequent contacts between the new regime and several of the Western governments, including the United States. The American freeze of assets and its embargo and sanctions on Afghanistan are onerous, and if the leaders of the new regime are not completely mad, and to judge from their appearance, they are, but to judge from their conduct they are not, then some sort of agreement, as controversy subsides, should be possible to liberalize the international treatment of Afghanistan in exchange for allowing the departure of fugitives from legitimately apprehended injustice.

It is difficult to predict how Afghanistan’s foreign policy will function, given that all of its neighbors have been meddling within the country and patronizing separate sections of the Taliban: Pakistan, Uzbekistan, India, and Iran, in particular.

The Haqqani Taliban is generally regarded as the most influential political force in the country and one heavily subsidized by Pakistan. The United States has contributed something like $20 billion to the Pakistani Armed Forces and their infamous ISI intelligence services in the last 20 years.

A significant amount of this money was clearly really funneled into Afghanistan and to forces hostile to the United States. It is such a terribly complicated and squalid part of the world that there is more than a germ of good sense to the Trump-Biden view that an exit was appropriate (though obviously not the chaotic and pitiful departure that occurred).

A great deal of misinformed history has been inflicted on the public by poorly qualified news people about Afghanistan as “the graveyard of empires.” It was not the site of any defeat of Alexander the Great. He was never defeated, and he established himself as the suzerain power in Afghanistan, then known as Bactria, became friendly with the king, and married his daughter, the famous Roxanne, who bore Alexander’s legitimate heir.

The British sent two exploratory forces there in the middle and late 19th century. The first was roughly handled and the British sent back a punitive expedition. They maintained a presence there until their withdrawal from India and Pakistan in 1947. There is no jinx to Afghanistan. But it is very poor, primitive, landlocked, fiercely resistant to foreigners, riven by tribal and sectarian disagreements, and does not reward the efforts of any greater powers that put themselves to the trouble and expense of subduing it.

The claims of its rare earth resources remind me of Herbert Marcuse’s theory of Vietnamese oil 50 years ago: neither has yet been confirmed. If the Chinese want to run their Belt and Road through Afghanistan, they will not find the locals any friendlier than the British or the Russians or the Americans did.

President Joe Biden is right that Afghanistan is not strategically worth much to America, and it is probably time to terminate assistance to Pakistan, tighten relations with India, and mobilize Arab opinion against the encroachments of their ancient Iranian and Turkish foes.

Biden’s talks with Turkish President Recep Tayyip Erdogan last week were apparently a failure, and Turkey’s status in NATO should be reviewed. Biden told the United Nations last week that he was putting alliances first and that America is “back” in the world. Not for the first time his words do not correspond with his actions as the American ambassador was sent packing from Paris a couple of weeks after the German government said that Biden had unprecedentedly strained NATO, and the British Parliament voted its contempt for the U.S. president.

For all his shortcomings, strategically, he may ultimately have done the right thing, as President Donald Trump did when he stopped trying to stand between the Turkish army and the militant Kurdish PKK. The West can build its own road from Japan through Australasia and South Korea, Indochina (including, up to a point, Taiwan), India, and to Arabia, Israel, and Europe.

If we must return to a containment policy, we should separate Russia from China (as Trump would have done if the Democrats hadn’t defamed him as a Russian intelligence asset), and get on with the diplomatic and military work necessary to meet the Chinese challenge. We have the allies and the strategic strength. All that is missing is the policymakers in Washington.