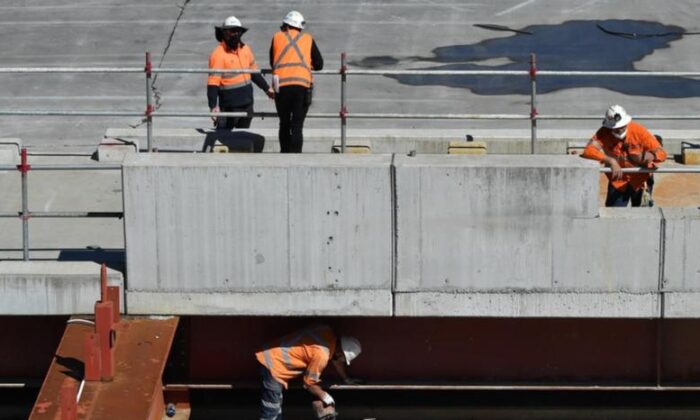 Australia’s service sector is still declining, but experts speculate that easing lockdown restrictions will see the industry recover in the coming months.

According to the Australian Industry Group’s performance of service index, although there has been an increase of 0.1 points to 45.7 for September, as it still falls below the 50 points mark, indicating an overall contraction of performance.

Further, most business-oriented services either remained stable or contracted for September, with most reporting that the lockdowns somewhat impacted them in Victoria and New South Wales (NSW).

Retail trade and hospitality also reported significant falls in activity in September due to reduced demand.

The performance of the service index also decreased by 5.7 to 28.8 points, which is a drastic reduction considering the 12-month average for this sector is 47.7

Chief Executive of the Australian Industry Group Innes Willox said that the restrictions associated with the Delta outbreaks in southeastern Australia had significantly contributed to the continued contraction of Australia’s services sector in September.

“While predictions are highly conditional, we are expecting a mild upturn in October followed by further gains as restrictions are eased in line with higher levels of vaccination,” Willox said.

Governor of the Reserve Bank, Philip Lowe, agreed with Willox noting he believed that the setback on the economic expansion in Australia caused by the Delta outbreak would be temporary.

“As vaccination rates increase further and restrictions are eased, the economy is expected to bounce back”, he stated in a statement released Oct 5.

Lowe speculates that the bank’s central scenario is that the economy will be growing again in the December quarter and expects that by the second half of 2022, it will be back around its pre-Delta path.

Meanwhile, new figures may provide some insights to the upcoming labour force report from the Australian Bureau of Statistics for September, during which half the population was in lockdown.

According to a media statement released by the ABS on Oct 7, payroll jobs have fallen by 0.7% in the fortnight ending on Sep 11—below pre-pandemic levels.

Bjorn Jarvis, head of Labour Staistics at the ABS, said: “Apart from the seasonal fall after Christmas, payroll jobs in mid-September 2021 were the lowest they had been in Australia since the end of August 2020, during the second wave lockdown in Victoria.”

Jarvis noted that the payroll jobs were below pre-pandemic levels in New South Wales, Victoria and the Australian Capital Territory, all of which had lockdowns in effect during this period.

Additionally, unemployment rates have fallen to a near-13-year low of 4.5 per cent in August.

NSW has also eased restrictions as the state hit its major milestone of 70 percent double-dosed on Oct 6.

However, Victoria is not due to ease its lockdown restrictions until the 80 percent double-dosed rate is met. Currently for Victoria, around 58.4% of Victorians are fully vaccinated with more than 70 percent of Victorians expected to be double-vaccinated by late October.