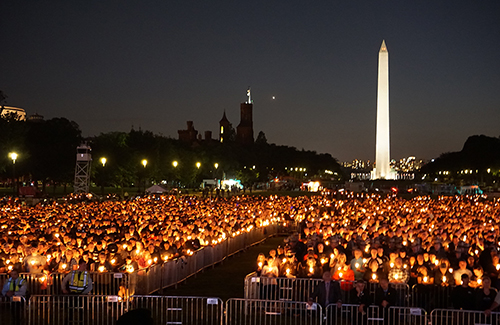 When a police officer is killed there is an eternal wound to the family, colleagues, community, and the heart of America.

The on-going dangers of protecting American communities continue with no end in sight.

According to the Officer Down Memorial Page, which honors all of law enforcement heroes who have fallen in the line of duty, 2018 has had a tragic start.

There are already fifteen line of duty deaths including a 9/11 related illness, automobile crashes, and gunfire, as well as being struck by a vehicle.

All who have offered the ultimate sacrifice protecting and serving our communities deserve our eternal gratitude and heartfelt prayers.

We must also honor their memory with actions toward their loved ones that express honor, compassion, and dignity.

America would quickly deteriorate into anarchy, disorder, and chaos without these ethical protectors serving our communities.

Here are the names of America’s fallen officers who have died in 2018:

Each of these heroes protecting and serving our communities deserve America’s eternal gratitude, remembrance, and respect.

We must also be forever mindful of their families and support them with compassion, sensitivity, and dignity.

America is the land of the free and home of the brave because of these faithful servants.

We will forever honor them, and hold their families, friends, and law enforcement colleagues in our prayers.