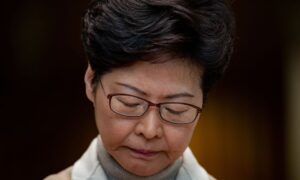 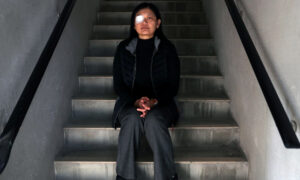 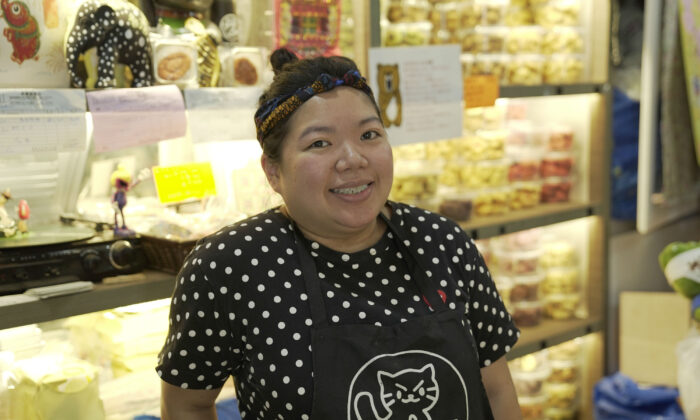 HONG KONG—After months of intense clashes between protesters and police on the streets, Hongkongers are now directing their dissent indoors.

Despite millions marching since June, the Hong Kong government has not responded to protesters’ demands, which include free elections and an independent investigation into police use of force.

So they’re now settling in for the long haul, seeking to pressure the government into meeting their demands by disrupting its long-held reliance on pro-Beijing businesses.

Since the territory’s transfer of sovereignty from Britain to China in 1997, the city’s economy has become inexorably intertwined with mainland China’s.

Roughly 72 percent of China’s foreign direct investment is funneled through Hong Kong, compared to less than half about a decade ago, according to China’s commerce ministry statistics.

And since the handover, mergers and acquisitions have increased fivefold in the city as mainland Chinese firms use their Hong Kong subsidiaries to conduct overseas purchases.

Many Chinese firms, state-owned and private, also choose to list on the Hong Kong stock exchange in order to access foreign capital. Of the city’s ten biggest firms by market capital, eight are Chinese.

Chinese banks hold more assets in Hong Kong than lenders from any other region, according to Hong Kong Monetary Authority’s data compiled by Natixis, while Chinese firms have tapped Hong Kong’s debt market for 33 percent of their offshore U.S. dollar funding in 2018.

“Hong Kong is very strategic in channeling funds in and out of China. By controlling that [financial] sector, they’re [the Chinese regime] actually controlling the wealth of Hong Kong,” said Law Ka-chung, an economics adjunct professor at the City University of Hong Kong.

The inflow of “red capital,” as mainland Chinese investment is sometimes referred to, has also introduced—directly and indirectly—Chinese state intervention, and a business environment where speaking about subjects that may upset mainland clients is discouraged.

“If you’re doing any business related to China, you couldn’t really act against the Chinese government,” Law said. He himself was recently forced to resign from his position as chief economist of the local unit of the Chinese state-owned Bank of Communications, after speaking to media about the city’s financial outlook amid the ongoing protest movement, in a way that veered from the Hong Kong government’s narrative. Beijing and the Hong Kong government have remained consistent in portraying the protests as damaging to the city’s financial and social stability.

A growing number of Hongkongers in the current protest movement—ignited over a now-withdrawn extradition bill that many saw as an impending threat by the Chinese regime to the city’s autonomy—see the dominance of Chinese capital and pro-government corporations in the economy as another reflection of Beijing’s encroachment into their lives.

So they are finding ways to bring the protests into the economic sphere.

One way is by boycotting shops, restaurants, and other establishments deemed to be pro-government or pro-police.

Several online guides identifying “yellow”—or pro-democracy—and “blue”—or pro-government—have sprung up since June. Restaurants and shops around the city have begun posting yellow stickers of approval, akin to a Michelin Guide for those who support the protests.

Plastic Flower, as he’s known online, is the creator of NeoGuide, a color-coded map that indicates which establishments are yellow, blue, or red—meaning those that are Chinese-financed or owned by an individual with close ties to Beijing.

There are now roughly 5,000 pins on the map, each entry showing gathered evidence of the shop’s political leanings. A deeper shade of yellow is assigned to those who show more outright support for the protests, such as by donating supplies and meals to protesters, while a deeper shade of blue is reserved for those who have vocally expressed support for the government, such as in interviews with pro-Beijing local media.

Some netizens have initiated efforts to promote yellow restaurants, wine shops, hair salons, and other establishments that donate part of their profits to organizations that assist protesters.

He first created the tool in June as a publicly viewable Google Map with dropped pins indicating the locations of stores. By July, it had received roughly one million page views.

But one day in July, Google abruptly took down the map. So he created a new website to host it.

A computer programmer by day, Plastic Flower spends about 15 hours a week maintaining the site and creating new features.

NeoGuide now gets roughly 6,000 daily users, or half a million per month.

Information about the stores’ background are typically submitted via a public form, which are then fact-checked by a team of roughly 20 volunteers.

During a time when Hong Kong authorities have continually ignored protesters’ demands despite massive turnouts, “we can use our own cash to vote for someone who can speak our voice,” Plastic Flower said.

He sees this as an effective way to pressure the government, even though it’s unclear whether the authorities will ultimately listen. “The government needs people to spend money…and I have the ultimate freedom to choose,” he said. “We try different ways in the existing system, although it is corrupt…this is a good way to at least try.”

He noticed that yellow shop brands outnumber blue shop ones. But by pure numbers, due to the presence of pro-government restaurant chains, there are more blue shops.

He hopes that eventually pro-democracy shops can form a powerful business council that the government will be forced to negotiate with.

YY (a pseudonym) is the organizer of a campaign that offers special discounts to those who visit more than one participating yellow shop within a specified period of time.

She got the idea after seeing a restaurant and bubble tea shop set up a similar offer.

“This way, we can strengthen this yellow economic cycle, while creating the effect of boycotting blue shops,” she wrote in Chinese via an interview on Telegram, an encrypted messaging app that many protesters use to plan demonstrations.

She added that these efforts are meant to counter the Hong Kong government’s narrative that protesters on the streets are ruining Hong Kong’s prosperity and stability.

“This ‘yellow economic cycle’ idea is to tell the government and blue shops, that the economic losses are not due to protests—it is a form of economic sanction due to their political stance,” she said.

YY also hopes the increased consumption at yellow shops will put enough financial pressure on shops that are “politically neutral”—or even some blue shops—to side with the protesters. Eventually, she hopes the economic effect can “counteract the monopoly of conglomerate-style businesses.”

For the campaign, YY contacted stores that previously participated in general strikes initiated by protesters—closing business for a day as a means to pressure the government into fulfilling their demands.

In recent weeks, Hongkongers are switching up tactics. They are establishing new labor unions that support pro-democracy causes, with the goal of organizing more impactful strike action in the future.

Mr. M is one of the organizers. He said the idea took off in November, after a rally for district council candidates held at Victoria Park was abruptly canceled by police before it started. Police fired tear gas and projectiles to disperse protesters who had gathered there.

“A lot of people realized that they don’t even have a chance for a peaceful protest. On online forums, we talked about next steps for the social movement,” he said in a phone interview.

Taking inspiration from Poland’s Solidarity movement and South Korea’s labor movement of the 1980s that mobilized workers and eventually toppled authoritarian governments, M said “the power of the general strike is to paralyze the society so that the government, companies, business capitalists, and different parties…have to respond.”

Especially in Hong Kong, “the whole of the business and political sectors are fused together,” he said.

The city’s largest trade union, for example, the Hong Kong Federation of Trade Unions, is pro-Beijing. The Business and Professionals Alliance for Hong Kong is a pro-business political party that is also pro-Beijing.

Since the handover, the city’s top official, the chief executive, has won the majority of votes from a 1,000-plus member electoral committee that is comprised mostly of pro-Beijing business and political elites.

After M and his team posted about the idea on online forums and Telegram, people from across different industries started contacting M and his team. A Telegram channel promoting such labor union efforts, of which M is an admin, currently has more than 71,000 subscribers.

To register a new trade union, seven people from the same company or industry must form a committee, who then set up rules and membership requirements for the union. After submitting an application, the Registry of Trade Unions within Hong Kong’s Labor Department will determine whether to approve the union. Upon approval, the registry formally announces the union’s creation in a government gazette.

To date, there are 38 sectors in the process of establishing pro-democracy labor unions, according to M. Ten have gotten government approval and has begun recruiting for members.

The largest one is the Union for New Civil Servants, said M, with over 1,500 member applications.

In their mission statements, references to the protests are indirect, making it easier for them to obtain government approval.

The Hong Kong White Collar Connect Union, for administrative and clerical workers, is currently recruiting. Its promotional materials says: “we are fellow travelers”—using a Chinese term that protesters have used to refer to Hongkongers who are on their side—“creating a Hong Kong that belongs to us.”

The HA Employees Alliance, comprised of workers in Hospital Authority, the government-run agency for managing Hong Kong’s public hospitals, states that the agency has “pressured workers and created a climate of white terror,” a term referring to the political pressure and censorship some face for supporting the protests.

M said he hopes that the new unions can address this issue and protect workers from such censorship.

For now, his team is busy planning local recruitment events.

Protesters’ pro-yellow campaigns appear to be gaining traction. Long queues are often seen in front of yellow shops, such as Lung Mun Cafe in Tsim Sha Tsui, which has provided free meals to protesters with financial difficulties.

Meanwhile, Plastic Flower of NeoGuide said some establishments “pretend” to be yellow, in order to gain extra business. But sometimes, an employee would report the owner’s pro-government leanings to NeoGuide, or the business would make comments supporting the government on social media.

In those cases, NeoGuide investigates the claims. If they were indeed “fake” yellow shops, the guide marks them black.

Plastic Flower sees such moves as a positive sign. “We force them to take up a [different] strategy to prevent their losses. We have gathered some power.”

The Wah Yee Tang bakery in the Sai Ying Pun area began making mooncakes and cookies with protest slogans this summer and has since gained a 20 percent increase in business compared to the same period last year, said owner Naomi Suen.

“I’m glad that people now know the importance of small businesses. Usually when people go out, they go to [restaurants] under big corporations. Now they realize that if there’s no public support, small shops will close down.” She hopes Hongkongers can continue to support small businesses like her bakery, even after the protest movement concludes.

Suen believes the movement has brought Hongkongers closer together. “During the Mid-Autumn Festival [when customers ordered her special mooncakes], every client would say, ‘ga you’ [a Cantonese phrase to show encouragement to someone]…We’re cheering for each other.”