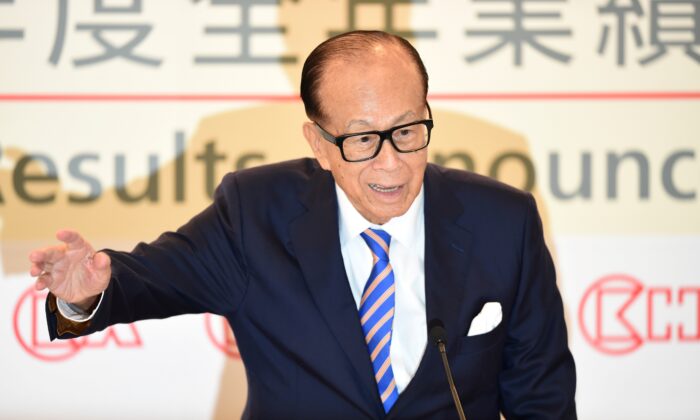 The newly completed yet unoccupied tower sits in a central business district in Shanghai named Jingan, with over 700,000 square feet gross floor area. The acquisition is expected to close by early 2022, according to the announcement.

As Hong Kong’s biggest investor, Li entered the mainland real estate market in 1989 but has been selling off his property there since 2013.

The billionaire denied repeatedly his divestment was driven by a lack of confidence in China’s economy and political climate, saying buying and selling were what a businessman does.

The sale of the Shanghai commercial building occurred just prior to China’s property giant Evergrande debt crisis capturing headlines this week. It also comes as China’s ruling Communist Party has been tightening its grip not only on high-profile businesses on the mainland but in Hong Kong as well, especially on the city’s powerful property tycoons and big conglomerates.

Beijing is no longer willing to tolerate “monopoly behavior” in Hong Kong, a source told Reuters, with Li and his sprawling businesses expected to be affected.

Property tycoons in Hong Kong have held sway not only in the city’s economy but also in the former-British colony’s political leadership race and policymaking.

Beijing began to marginalize Li in 2019 for his perceived failure to prevent anti-government movements in Hong Kong and for expressing sympathy toward the protesters.

The regime then criticized him for pushing up housing prices and seized upon skyrocketing home rates as a reason for the widespread protests.

This year, Li was not among the Election Committee—tasked with choosing the city’s leader—for the first time since Hong Kong returned to Chinese rule in 1997.

This was the first election since Beijing overhauled the city’s electoral system to ensure that only Beijing-approved “patriots” will come into power.