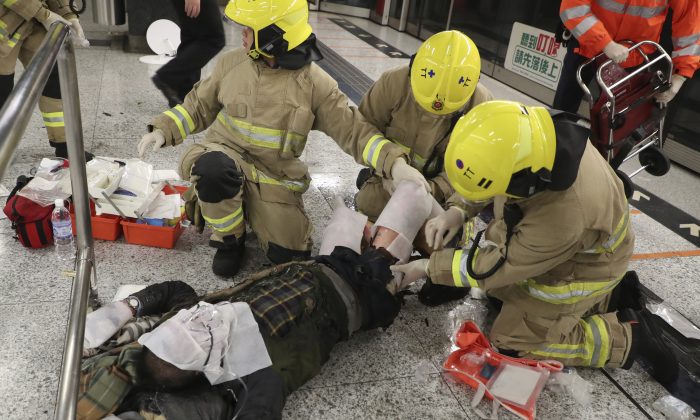 HONG KONG—Hong Kong authorities have arrested a man for arson after a fire broke out in a subway car on Friday, injuring 13 people.

Police said there was no evidence to indicate the fire was a terror attack. Police District Commander Kwok Pak-chung said the 60-year-old man told rescuers as he was being taken to a hospital that he was the one who set the fire, and that he had done so for an unspecified personal reason.

Videos circulating on social media showed a chaotic scene of a fire inside the subway car and a man lying on the platform as people frantically used clothing to try to put out flames on his pants.

Hundreds of police and firefighters responded to the fire, which shut down the busy Tsim Sha Tsui station in downtown Kowloon.

Such incidents are rare in Hong Kong, a wealthy Asian financial center that has a reputation for being safe and has relatively little violent crime.