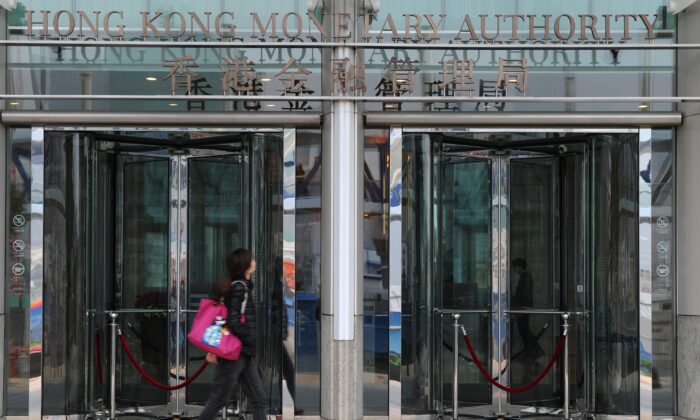 Analysts at UBS Securities recently said that it is difficult for funds to flow into the Chinese stock market due to factors such as the U.S. Federal Reserve’s interest rate hikes and Beijing’s “zero-COVID” policy. Moreover, A-shares and Chinese stocks listed in Hong Kong are under pressure due to foreign capital withdrawal.

He said that due to the possibility of the Fed significantly raising interest rates, combined with the fact that China and the United States have not yet reached a consensus on the issue of Chinese stock supervision, overseas investors hold a wait-and-see attitude, and there is greater pressure on capital outflow.

Meng believes that two factors may be able to reverse the situation of foreign capital outflows: one is that the pandemic situation in mainland China will be effectively controlled, and life and production will gradually return to normal; second, the differences between China and the United States on the audit of Chinese stocks will be resolved. However, at present, there is no agreement between China and the United States at the implementation level, and it is expected that the return on foreign investment will still take time.

In terms of fundamentals, Meng said that in the first quarter of this year, the profit of A-share companies might show zero growth or even negative growth, and the valuation of the A-share market will be difficult to recover in the short term, mainly due to the pessimistic expectations of the market and the lack of catalysts.

For the whole year, the market currently expects the profit growth of A-share companies to be at the level of 16 percent to 17 percent. Meng believes that expectations are too optimistic, and it won’t be easy to have double-digit growth. The market’s expectations for A-share earnings will be significantly reduced in the coming month.

Investors are leaving China on an unprecedented scale. The Institute of International Finance (IIF) pointed out in a report on April 5 that China’s foreign capital outflow reached a record high of $17.5 billion in March. Outflows included $11.2 billion in bonds, with the remainder in stocks.

IIF called this capital flight by overseas investors “unprecedented,” especially since there had been no similar capital outflows from other emerging markets during that period.

Data from the Chinese regime also show that foreign investors have retreated from the bond market at record levels in recent months.

According to China Central Depository and Clearing, overseas investors sold a net 35 billion yuan (about $5.5 billion) of Chinese government bonds in February, the largest monthly reduction recorded. Sell-off accelerated in March, reaching a new high of 52 billion yuan (about $8.1 billion).

The main reasons for the withdrawal of foreign investment can be attributed to the Chinese Communist Party’s (CCP) support for Russia’s aggression against Ukraine, the Fed’s interest rate hike, the CCP’s insistence on strict containment and pandemic prevention measures, and the authorities’ aggressive crackdown on private companies, resulting in a significant increase in the risk of investing in China.

The CCP’s insistence on harsh “Zero-COVID” measures has further worsened the economic environment.

According to data released by China’s National Bureau of Statistics on April 18, in the first quarter of this year, China’s economic growth rate was 4.8 percent, below the annual target of 5.5 percent. In March, economic growth came to a near standstill due to the implementation of lockdown measures in many parts of China.