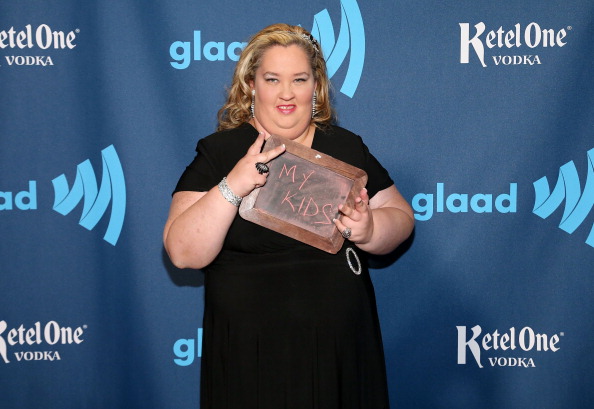 Mama June Shannon and her daughter, Lauren (“Pumpkin”), received death threats from a man recently, according to reports this week.

Andrew Kurt Summers, the suspect in the case who allegedly made the threats, turned himself in, InTouchWeekly reported.

Summers claimed that he was going to shoot June and Lauren, who is 14 years old, on his Facebook page.

The publication said he turned himself in to law enforcement in McIntyre, Georgia, on Monday.

He has since been released on $15,000 bail. Summers was charged with making domestic terrorist threats.

Summers said that the whole thing is a “joke” and a “dumb mistake.” He also said he was “trolling” Mama June’s Facebook page after reports of her relationship with ex-boyfriend and convicted sex offender Mark McDaniel, who was recently released from prison.

Summers didn’t elaborate on the matter because he will be due in court. He added that he’s “freaked out” about going to prison or going to jail.

“I’m human, I made mistakes and done wrong, but no one is perfect,” she said of the relationship.

She also denied reports that the two were back together. However, she told TMZ she saw McDaniel after he got out of prison in March.

Her husband, Sugar Bear, has also moved back in with her, and they are attempting to reconcile their relationship.

Daughter Anna “Chickadee” Caldwell, 20, also alleged that McDaniel sexually abused her when she was a child. “You’re 8 years old, you don’t know. To me, it was kinda like, oh, get off me, it hurts. Stay off and leave me alone. And I’d just go to sleep and cry,” she told E! News.

Caldwell also said there were supposed to be trust funds for all the girls worth about $30,000. She called the bank and said there was only $17.90 in the account, adding: “I have a feeling Mama used that money to buy a car or buy him what he wanted.”